Enjoy the game but don’t touch anything 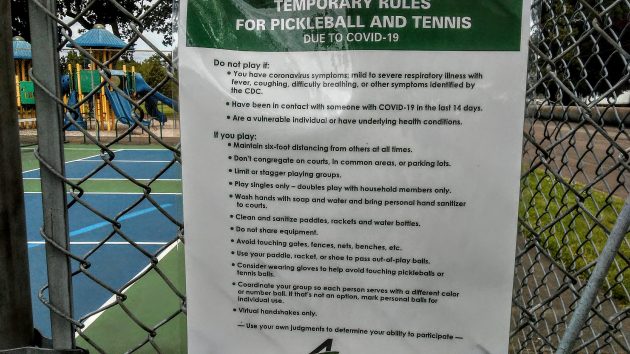 Considering these “temporary rules” I read Sunday on the fence of the pickleball courts at Albany’s Eleanor Hackleman Park, it’s hard to see how anybody could play the game, let alone enjoy it.

For one thing, how do you get in if, as the rules advise, you’re supposed to avoid touching anything including the gates.

Opening the courts with these precautions posted at the entrance is part of the city of Albany’s attempt to gradually get back to semi-normal after the corona shutdown, which started in March.

Elsewhere in city government, the municipal judge will resume holding court on Wednesday, but only defendants and their lawyers are allowed to attend, while others need to ask permission first. There are only 15 seats in the courtroom, so social distancing will be impossible if there’s a crowd.

For the rest of city government, check the corona page at cityofalbany.net here, but the information may not be current.

On Sunday night, for example, the website still had the ball courts and playgrounds closed. At Hackleman, in addition to the courts being open, there was no longer any red “danger” tape wound around the play equipment, and two or three mothers were supervising their children there.

There have been no new coronavirus infections reported in Linn or Benton counties for several days. Statewide, the Oregon Health Authority said Sunday there had been 58 new cases to bring the total to 4,243, and the number of deaths blamed on the virus remained unchanged at 153. (hh) 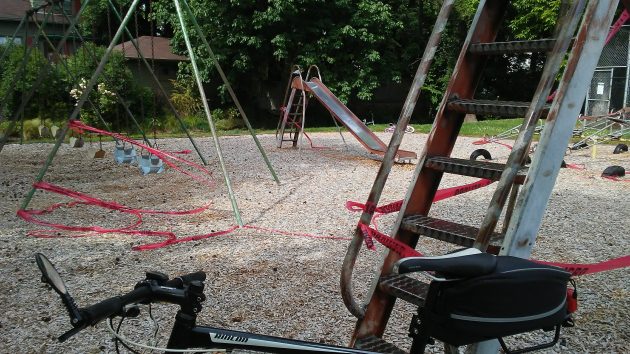 Lengths of “danger/peligro” tape still fluttered around the equipment at Henderson Park Sunday. 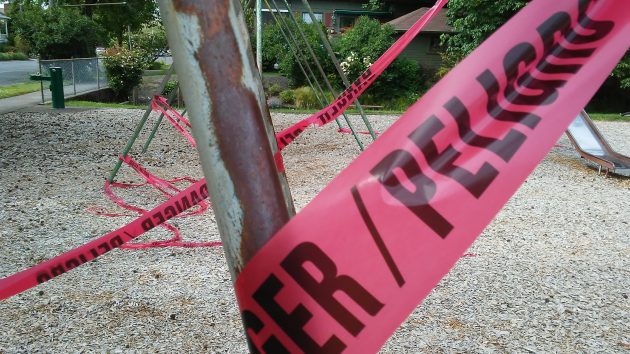 
5 responses to “Enjoy the game but don’t touch anything”