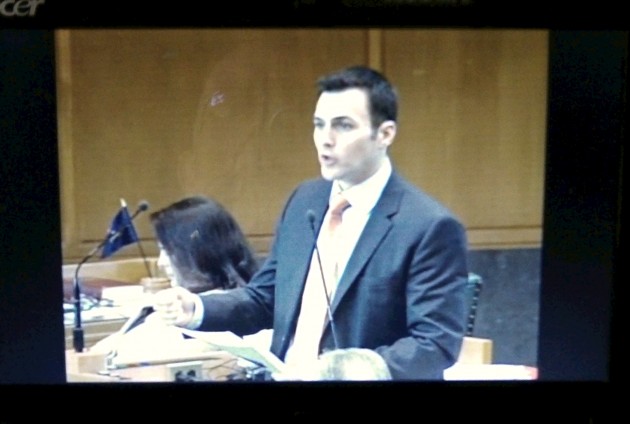 While the outcome was pre-ordained, Monday’s lengthy debate about Senate Bill 941 in the Oregon House was not a waste of time. It showed up flaws in this gun bill that the majority Democrats refused to fix, with the result that any number of people will be virtually forced to break the law.

The bill passed 33-27. It will require people to pass criminal background checks if they want to buy or receive a firearm from another private person.

Rep. Gail Whitsett of Klamath Falls described one problem. She and her husband, Sen. Doug Whitsett, own 17 firearms. When they leave for Salem for five months of the legislative session, they give 15 of the guns to a friend who has a secure storage. When this new law takes effect 90 days after the governor signs it, they will have to take the guns and the friend to a gun dealer, obtain background checks on the friend for each gun, pay a fee and go through the same rigmarole when they return and reclaim their collection. If they fail to do this, they are committing 15 misdemeanors each time and are subject to prosecution with the possibility, under the new law, of 15 years in prison and nearly $94,000 in fines.

So they have the choice: Get rid of their collection, keep it in their house while they’re away for months at a time (giving thieves a chance), or ignore the law and keep using the help of their friend and hope no one reports them. Uncounted numbers of Oregon gun owners will face similar though perhaps less extreme situations.

Julie Parrish, R-West Linn, probably the nicest human being in the Oregon House, said her family has an antique gun that’s been made inoperable. But because it once was capable of being fired, it’s a firearm, and if they wanted to give it away or sell it, they’d have to get and pay for a background check first.

Another Republican said that for years he had two foster children whom he taught, when they were the right age, firearms safety. Under this new law that would no longer be legal because — not being relatives — he could not “transfer” a gun into their hands without a background check.

What about the arguments in favor? Rep. Jennifer Williamson, D-Portland, who carried the bill, finished up with the story of a man who shot and killed his former wife while the kids were in the house and then killed himself. If she said how this bill would have prevented this, I didn’t hear it. But Rep. Dan Rayfield, the freshman Democrat from Corvallis, repeated the standard line: The bill might not be perfect but it’s worth it to save just one life. Really? That’s a reason to burden gun owners like the Whitsetts with impossible requirements? In a state where thousands of people die every year from natural and accidental causes, “just one life” is about the laziest argument one can make.

The Republicans also complained that the bill was given an emergency clause to prevent citizens from referring it to the voters. To Williamson, yes, it’s an emergency because women are in mortal danger from abusive men. Well then, why do the actual requirements of the bill take effect only 90 days from the effective date, just as though it was a non-emergency bill? There was no answer on that.

This bill could have been made much simpler if it had aimed strictly at gun sales and exempted different transfers such as safe-keeping arrangements and similar loans by law-abiding people. The Democrats didn’t do this right, and an increase in nominal “crimes” in Oregon will be the likely result. (hh)