Cumberland may figure in Albany election 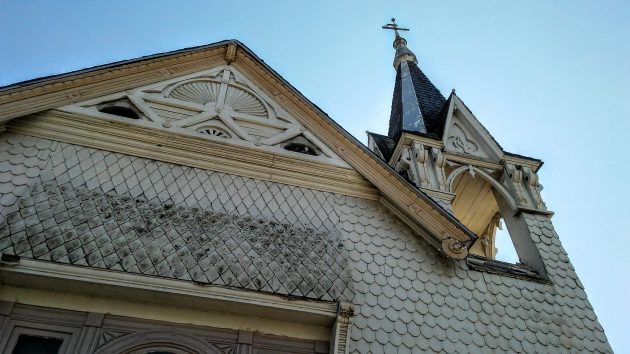 The preservation of Albany’s former Cumberland Presbyterian Church may become an issue in the city council elections this fall. A remark by Councilman Rich Kellum last week implied as much.

The Cumberland Community Event Center wants to move the historic building about a quarter-mile to a lot it hopes to buy from the city near the Albany skatepark.

On July 8, the council voted to give the Cumberland group an option to buy the lot for $69,000, an option they will have until Oct. 1 to exercise.

Mayor Sharon Konopa asked the council to give the group until mid-November to exercise the option, allowing more time during the corona crisis to raise money.

That’s when Kellum spoke up. “I object most strenuously,” he said, and then he went on.

You can hear what he said about 29 minutes into the YouTube video of the virtual, online meeting here. The gist was that to him, the request for extra time was an effort “to get past the election” in the hope that maybe there will be a different group on the council so that the preservation to save the old church can get a city subsidy.

According to Kellum, there’s an organization in town that wants to raze the building and recycle the wood. That might become an option for the council majority if the preservation group can’t go ahead with its plan to move the church, renovate and expand it, and then run it as a nonprofit event center.

A different option is to use urban renewal money to help the nonprofit, or even to have the city move and restore the building. But the current majority on this issue has said no city money should be spent on any preservation plan.

Three of the councilors who have taken that stand are Kellum, Mike Sykes and Bill Coburn, whose current terms are up on Dec. 31. If two of them or all three are replaced by candidates favoring preservation of the church, with city help if necessary, and if Konopa is re-elected, the outlook for saving the building will change.

The filing period for city candidates opens on Aug. 5. Whether the Cumberland issue will feature in the campaign for the Nov. 3 election, we’ll see after Aug. 20, when the filing period ends. (hh) 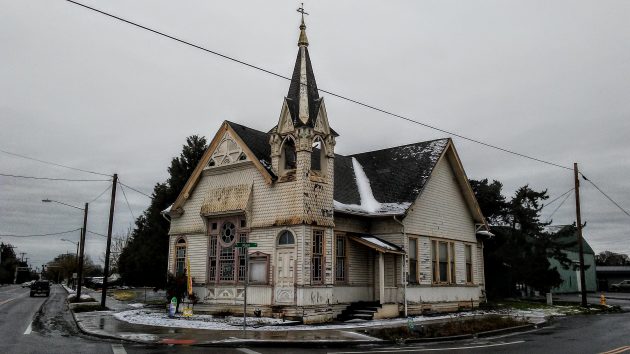 The former Cumberland church in December 2016.


10 responses to “Cumberland may figure in Albany election”