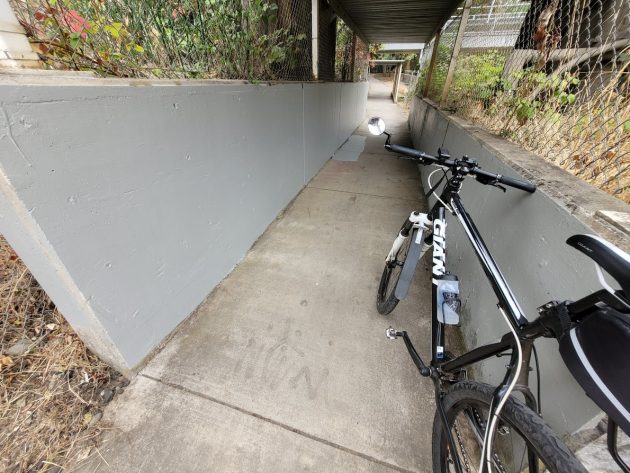 The Cox Creek Path under the PNWR and UP bridges on Thursday afternoon.

Here’s an update from the east side of my riverfront beat, and it’s good news.

The news is that the Cox Creek Path has not been that clean and picked up in years. On Thursday afternoon it was almost spotless.

Gone were the graffiti under the railroad bridges. Also, the sides of the path from Waverly Drive to Salem Avenue had been shorn of weeds and brush.

The concrete pathway itself looked like it had been pressure-washed in places to get rid of the messages left there over the last few months.

This is, as I understand it, at least partly the work of parks department volunteers. A woman reported on Facebook that it was her husband who painted over the graffiti.

The parks department has an active volunteer program to help with maintenance. For information or to sign up, check the parks’ website here.

As I reported earlier, a contractor for the city had cleared the land on both sides of the path of underbrush last month. This now gives a sweeping view both right and left. Weeks later, on Thursday that is, no vagrant camp was anywhere in sight.

(One guy was digging in the embankment near the bridges and his bike was lying in the grass nearby. But that was all.)

Anyway, if you want to see the Cox Creek Path and environs, including the new Union Pacific bridge across the creek and path, cleaner than they have been in recent memory, go take a walk or a ride.

Will it last? Well, to some people, the clean concrete may look like a blank canvas. But I hope not. (hh) 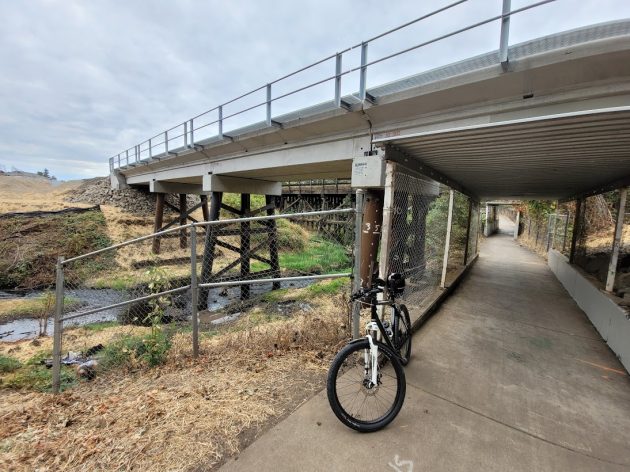 Looking west along Cox Creek and the path under the new Union Pacific bridge.