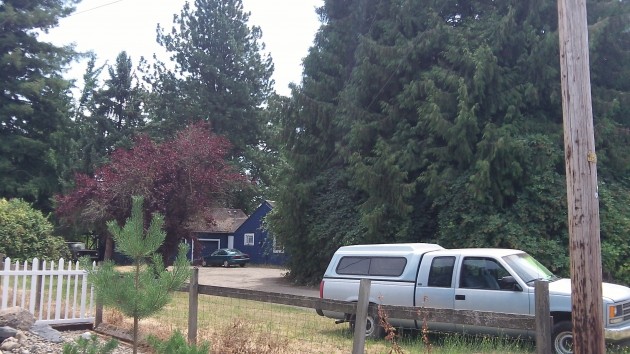 The property at 241 Waverly S.E. as seen from the street.

Residents on and near Waverly Drive between Salem Avenue and Pacific Boulevard may get to keep their neighborhood the way it is for now — without a zone change that would allow up to 35 apartment units to be built on what now is a wooded parcel with one old house.

The Albany City Council Wednesday voted 4-2 to turn down a change in the comprehensive plan for the 1.38-acre parcel at 241 Waverly S.E. Sixteen neighbors had signed up to speak against the change at a re-opened public hearing, and the council heard from 11 of them.

The residents were worried about the impact an apartment development would have on them and their neighbors, citing things like traffic, parking, property values and the loss of the park-like appearance of the parcel at issue.

Rich Catlin, a private planner representing property owner and applicant RJ Aldritt of Bend, said among other things that a traffic analysis had shown no likely problems and the tree-cutting issue would have to be considered during site review once an actual development was planned. He tried, but he didn’t persuade the council majority.

This issue has been before the planning commission once and the city council three times, but it isn’t over yet. The city staff will now write findings based on Wednesday’s comments — findings to justify rejecting the request — and the council will have to vote again on whether to adopt them. That final vote may come in two weeks, on July 22. (hh)