Checking in on back-in parking 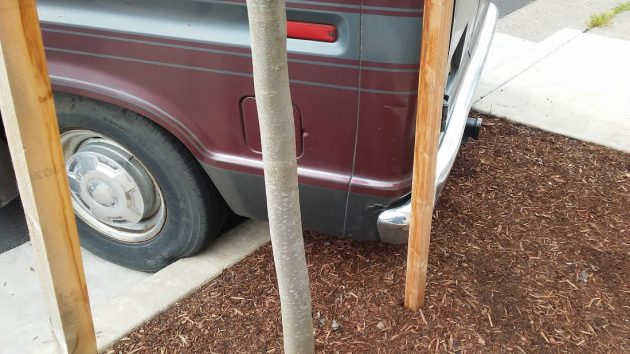 Back-in angled parking on Second Avenue in front of the Albany Post Office, installed this spring on the left-hand side of the one-way street, continues to be a challenge, a point borne out by these photos snapped on Monday afternoon. 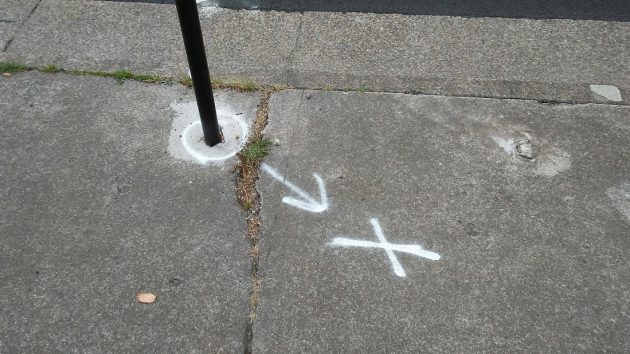 One of the five sign post holes on Second that all turned out to be too close to the curb and, judging by the sidewalk markings on all of them, are going to be moved. 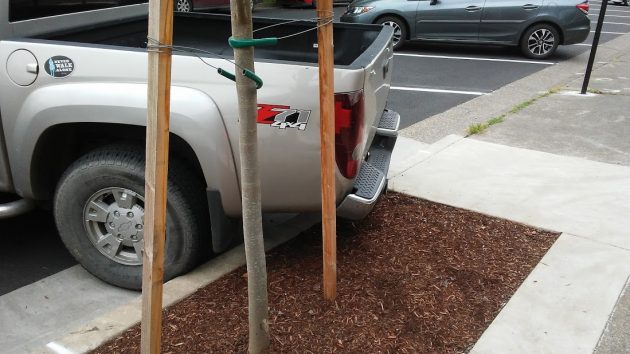 New trees and their stakes seem to be in jeopardy as well. 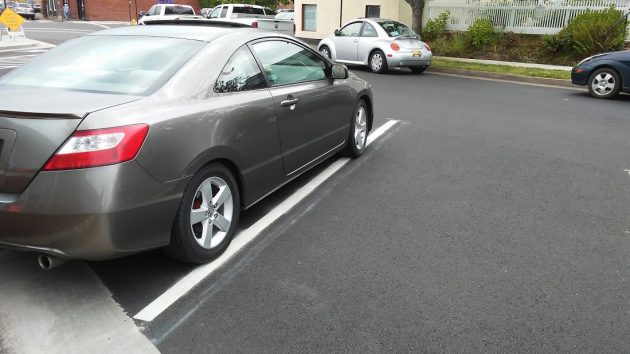 And backing into spaces between the lines still taxes at least a few motorists.

City officials hoped that people parking on that side of the post office would soon get the hang of the new — and for Albany novel — layout. Maybe they will, eventually. Or maybe they’ll try to park anywhere else.

Or maybe, if the regular front-in angled parking in the post office lot is full, as it often is these days, people will try to do their mailing at the contract post office in Carriage House Plaza instead. There, the parking layout is of the conventional kind. (hh)


21 responses to “Checking in on back-in parking”