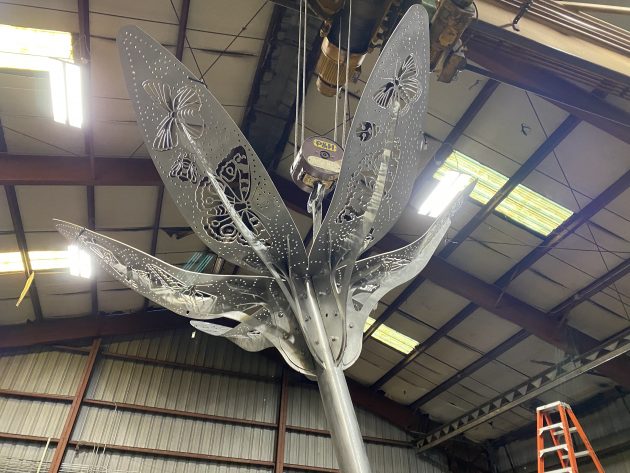 Here’s a first look at one of the long-awaited pieces of public art the city of Albany will install at the Lyon Street entrance to downtown.

The image is one of two that City Manager Peter Troedsson sent to the city council Saturday as part of his end-of-the-week summary of city news and related developments.

There are several stories about the art project and its background on this website. The latest appeared on Sept. 27, and you can refresh your memory here.

“The fabrication work is almost complete and component pieces should be shipped on December 11,” Troedsson told council members. “The artwork may potentially be installed by Christmas.”

DeeDee Morrison, a nationally known public artist in Greenville, S.C., is building the work. A few weeks ago I asked her by email for photos of the creation, but I had not seen any until I read Troedsson’s memo to the council.

An ordinance passed in 1998 obligated the council to spend a certain percentage of the cost of the new police and fire stations on art. The Albany Art Commission selected an artist and design, and in January 2018 the council authorized $80,000 for the project the commission had chosen.

As revised since, the work consists of four steel structures meant to resemble wildflowers and featuring multi-colored LED lighting. It will be installed on state-owned land near where the downtown off-ramp from Pacific Boulevard hits Lyon Street.

It’ll be interesting to see colorful lights twinkling off the highway there, a bright spot this dark winter made even bleaker by Covid-19. (hh) 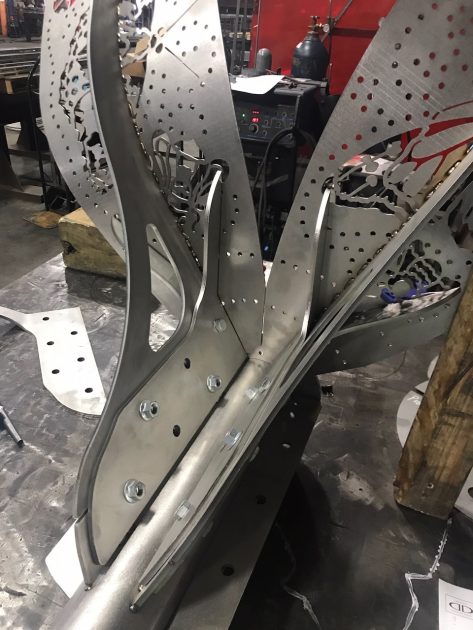 This is the second photo of the art work the council got in the manager’s memo.


15 responses to “Bright spot: Looking forward to this public art”