Another corona casualty: supply of bikes 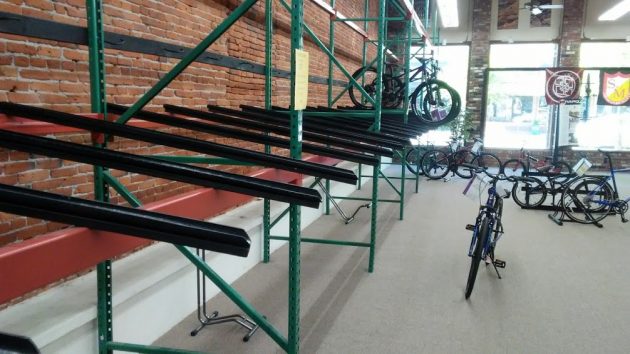 The showroom at Bike N’ Hike in Albany on Thursday, May 28.

Bicycles have joined toilet paper as an item in short supply during the corona crisis, in Albany as well as across the United States.

I wasn’t aware of this until I stopped in at Bike N’ Hike in Albany this week for a part. The showroom of the store, a longtime fixture on West First Avenue, was nearly bare.

The manager, J.J. French, said the store sold almost all its inventory and was having trouble getting more.

The story is the same from coast to coast, as the New York Times reported on May 18. You can read the story here.

The production of consumer bikes and accessories sold in the United States is based mostly in China and Taiwan.

As with toilet paper, the supply situation may eventually straighten out, but it will probably take several months for the bike industry to overcome the corona-caused disruptions and catch up with the increase in demand. (hh)


9 responses to “Another corona casualty: supply of bikes”