Albany downtown: The riverfront next? 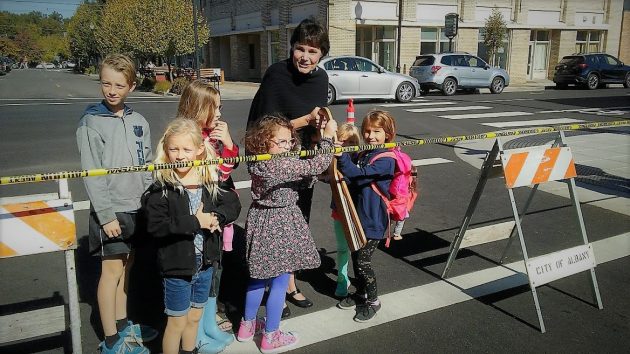 So what comes next for CARA, the central Albany urban renewal district? Mayor Sharon Konopa has an idea, and she mentioned it Saturday at the completion ceremony of the city’s two-year downtown streetscape project.

Here’s an excerpt of her remarks:

Water Avenue has long been in CARA’s sights. The 1995 study that laid the groundwork for the revitalization district focused on the Willamette riverfront as one of the central city’s main assets. That study, done while the “Willamette Queen” riverboat was still based in Albany,  envisioned a pier and boat dock, among other things.

Some years later the council commissioned a study of how Water Avenue might be improved from Washington Street to Main Street with new sidewalks, street lights and other things.

But there’s a hitch: “May require acquisition of rail right of way.” The chances of that happening are slim. That’s my guess anyway. But now that the streetscape project is done, CARA might want to turn its attention to the riverfront, as the mayor suggests, to see what is feasible to do. (hh)


13 responses to “Albany downtown: The riverfront next?”