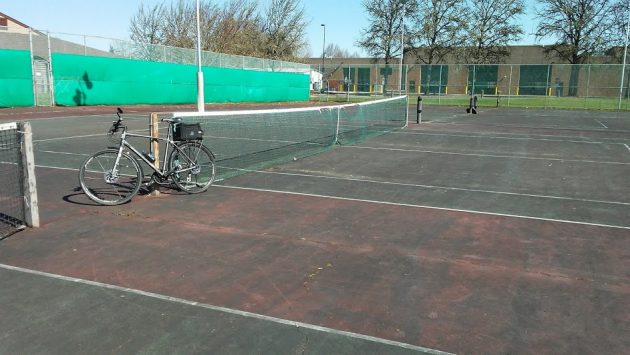 The two remaining nets may be torn, but you could still play there on March 16.

Take a last look at the long-neglected tennis courts at Linn-Benton Community College. The four courts are about to be demolished and rebuilt as 12 courts for pickleball.

Last week, the Albany City Council awarded a $329,888 contract for the pickleball project to North Santiam Paving, of Stayton, which submitted the lowest of three bids.

This follows an agreement last summer between Albany and LBCC under which the city would pay for design and construction, the courts would be available for college and public use, and the college would pay for routine maintenance henceforth.

The college has had the tennis court for decades, but in recent years they didn’t get much attention or use. Because of a growing interest in pickleball as a recreational and competitive sport, with an active group of Albany players, the deal was recommended to the council by Ed Hodney, the parks director who has since retired.

Besides the 12 pickleball courts, project drawings show the lines of one tennis court partially overlapping four of the smaller playing areas. There are to be in-ground sleeves to hold the posts for the tennis net, flush with the surface so the tennis posts can be removed.

The plans  also show one basketball post, backboard and hoop on the north side of the complex.

I took the bike to the campus Monday for a last look at the tennis courts. Demolition, obviously, had not begun. The city website shows that a building permit (assuming one is necessary) has not yet been filed or approved. The contract documents available online show that the construction is supposed to be completed by July 17, 2020.

No word on whether the coronavirus outbreak will affect the project or its schedule. I was hoping this little story could be finished without even mentioning this all-consuming mess, but it was not to be. (hh) 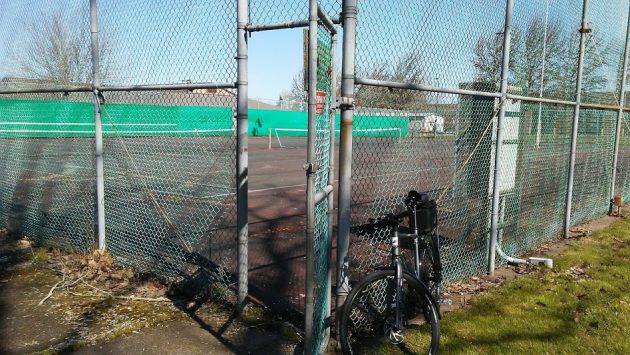