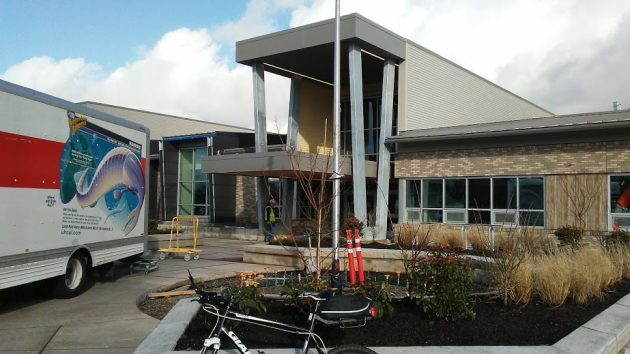 Unless you live there, the new neighborhoods in northeast Albany are kind of out of the way, being on the “other side” of I-5. The bike took me there on Thursday just to take a look.

First, of course, is Meadow Ridge Elementary School. The $40 million school is being built for 600 pupils and is now all but complete. The latest report to the school board says it’s to be finished by February. It will open to children when the 2020-21 school year starts in August. 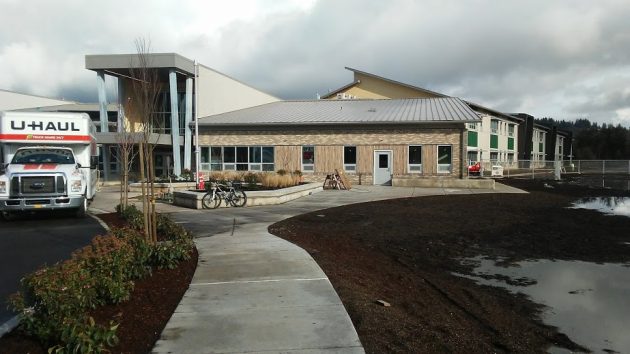 The multi-story wing in the right background contains classrooms.

Along with Timber Ridge School next door, Meadow Ridge is intended to accommodate the explosive growth in housing — and with it population — in that part of the school district.

For example, on the northwest corner of the Knox Butte/Timber Ridge roundabout (did you know roundabouts can have corners? They can in this blog), the last few apartment buildings of the Timber Ridge Place complex are nearing completion. Most buildings in the project of about 130 units already have tenants. 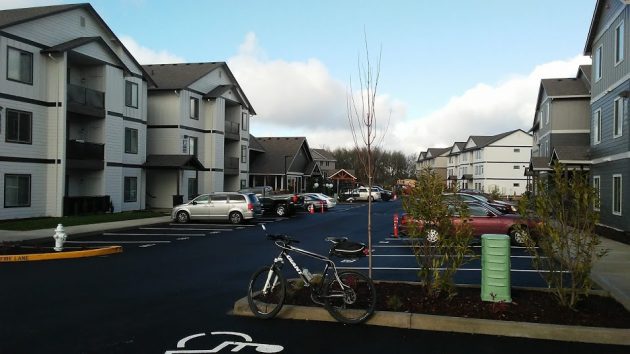 Some of the new apartment buildings at Timber Ridge Place on Thursday afternoon.

Farther north along Timber Street, contractors are putting in foundations for a 147-unit apartment complex. And south of Knox Butte Road, single-family housing is being built in a new subdivision east of Goldfish Farm Road.

Last year a bridge was under construction to carry Santa Maria Avenue across an overflow channel south of Truax Creek. The bridge and extension of Santa Maria were to be finished in December. On Thursday I found them done, although in the middle of the afternoon my old mountain bike was the only traffic on it. 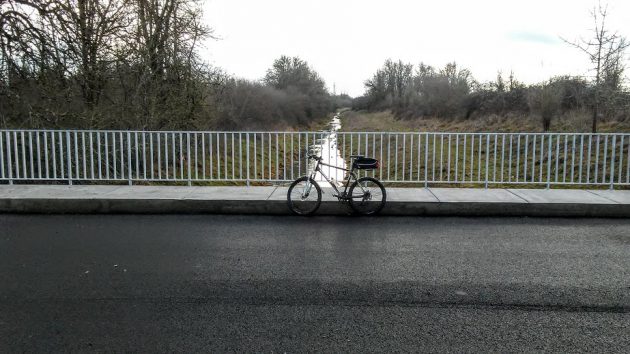 In the center of the new Santa Maria Avenue bridge on Thursday. 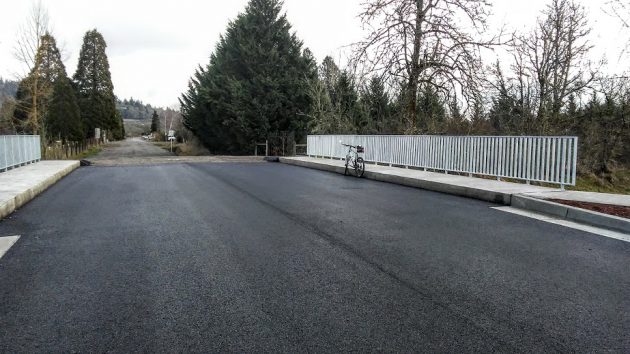 The bridge connects the new apartments and single-family subdivisions near the two Ridge schools with the Draperville area to the east. Kodiak Pacific Construction of Tualatin built it and the street connection under a $1.8 million city contract, toward which Greater Albany Public Schools was to contribute up to $950,000.

On the west side of he bridge, Santa Maria is fully paved, with curbs and gutters. On the east side, though, it’s a gravel road. Maybe that will be improved later on. (hh)