Why city’s creeks are still flowing 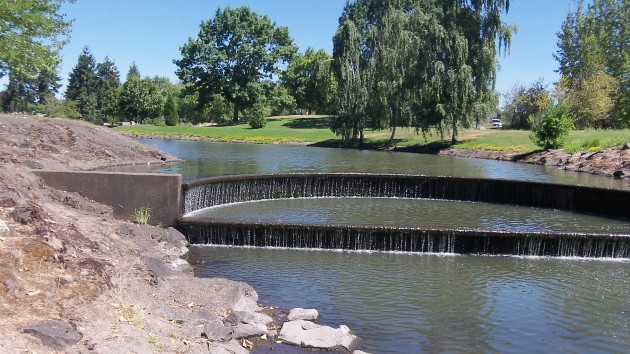 Water cascades over the structure that creates the pond in Periwinkle Park.

If we needed another reason to value and maintain the Albany-Santiam Canal, we’re seeing it now. We’re seeing it in the creeks that keep flowing through town and are keeping water in the ponds of city parks despite this summer’s drought and unusual heat.

I thought of this the other day on a little ride along the Periwinkle Bike Path. The path takes the rider past the ponds in Grand Prairie and Periwinkle parks. Both were filled to the brim, thanks to the fact that water was flowing in Periwinkle Creek, normally fed by seasonal runoff. Even though it hasn’t rained for a long time, the stream still flows because it gets water from the canal, diverted where the creek bed and the canal cross each other east of Three Lakes Road.

This week Periwinkle is receiving about 5 cubic feet of water per second in this way, I learned from Chris Bailey of Albany Public Works. The other streams that enliven Albany’s urban neighborhoods also are flowing with canal water. Cox Creek gets about 9 cfs, Cathey Creek about 5, and the Eighth Avenue Canal just a trickle, about 1 cfs. All of them would likely be dry by August, especially this year, without the canal as a source.

The canal, as you know, takes water from the South Santiam River above Lebanon and carries is 18 miles to Albany, which has water rights to supplement the local streams. The canal used to be Albany’s only domestic water source until the city and Millersburg built the Scravel Hill treatment plant on the Santiam River about 10 years ago. Now it still supplies a portion of Albany’s drinking water, especially when demand is high.

But even if the canal were not still needed for that, without it Albany’s summertime streams likely would be nothing but mud or even dust. (hh) 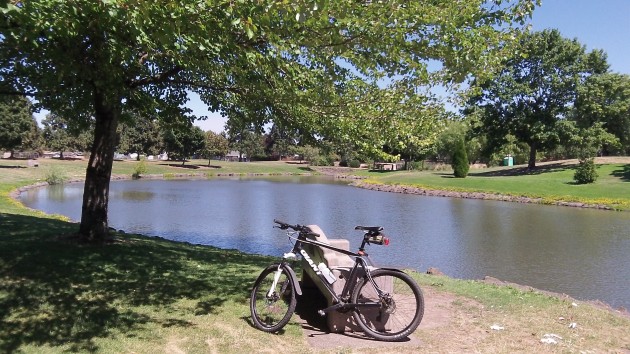 
11 responses to “Why city’s creeks are still flowing”