Why a simple table would work better 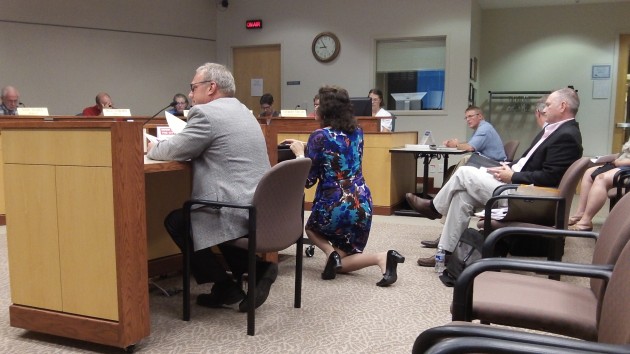 Seating arrangement for council testimony: Room for only one.

Among all the possible topics of interest or concern, the Albany City Council’s arrangements for hearing from people at meetings are probably near the bottom of your list. Still, I bring up the subject again as someone who watches the contortions people have to go through. 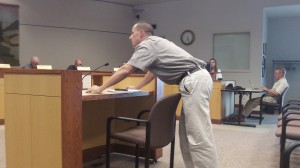 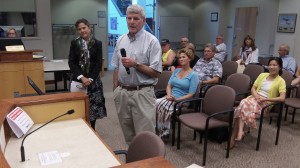 Here, at the top, you see Roger Nyquist sitting at the witness’ podium during a public hearing last week while city planner Melissa Anderson has to crouch by the computer stand in order to start a video presentation that went with Nyquist’s remarks. At another meeting, city engineer Jeff Blaine bypasses the seat altogether. And two doctors, Louis Weinstein and Laura Ouellette, stand to make a presentation because at the podium there’s room for only one person at a time.

All this awkwardness could easily be avoided if the council simply had someone roll away that pulpit-like witness stand and replaced it with a long table and chairs for three or four people at a time.

The present setup has been unchanged for around 20 years. You would think that members of the Albany council had noticed this little shortcoming during all this time. If they had and had taken care of it, they would have expedited meetings while also showing more regard for the people trying to tell and show them things.

If they want to see how seating arrangements for speakers or witnesses could be handled better, Albany officials need only to watch videos of legislative hearings in Salem or of council meetings from Ashland and Medford to Corvallis. This may be no big deal, but it would be an easy thing to fix. (hh)


2 responses to “Why a simple table would work better”