When Millersburg was born 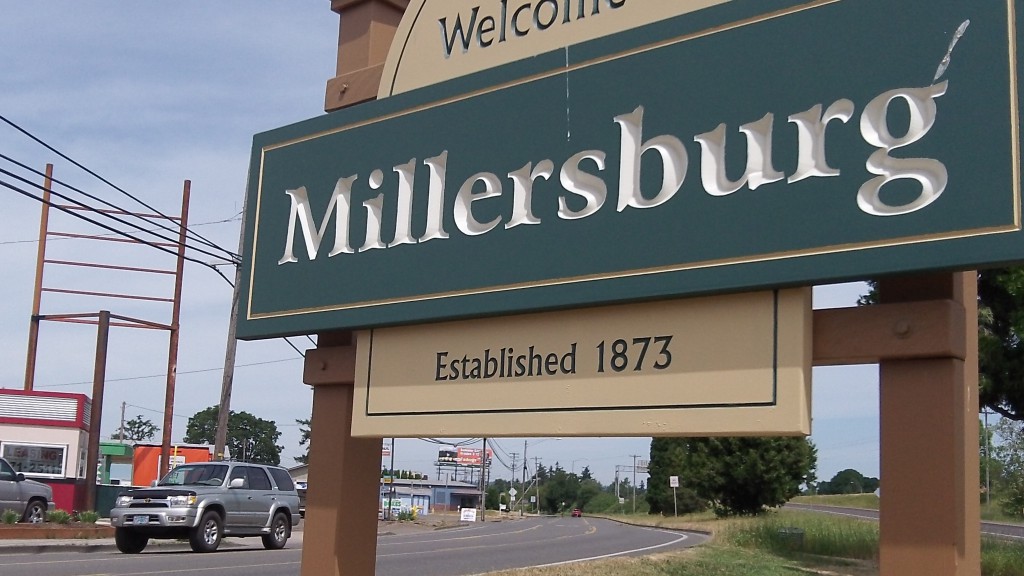 On a bike ride the other day, I headed out of Albany on Salem Avenue and could not help but notice a spiffy new roadside sign. Welcome to Millersburg, it said, letting me know I had crossed the city limits.

“Established 1873,” the sign proudly proclaims. Wait a second, wasn’t there a big controversy when Millersburg became a city, and wasn’t that in the 1970s, not the 1870s? Did the sign people make a mistake?

No, they did not, explains Barbara Castillo, the city recorder for all of the town’s history as a municipality. 1974 was the year Millersburg was incorporated (in order, by the way, to ward off annexation by Albany, which would have imposed Albany property taxes on the Wah Chang plant). But the community was established long before that. According to the history in the town’s comprehensive plan, which Castillo kindly provided, it was in 1871 that the Southern Pacific built a station on the donation land claim of the pioneer Miller family and the area became known as Millersburg.

In the past few years, by the way, some very nice residential areas have been built, and the population, now 1,375, has nearly doubled since 1990.

A post office opened in 1873, and even though the post office is long gone, that’s the year Millersburg now has taken as the year of its birth — and rightly so. (hh)