What’s ‘wrong’ with this scene? 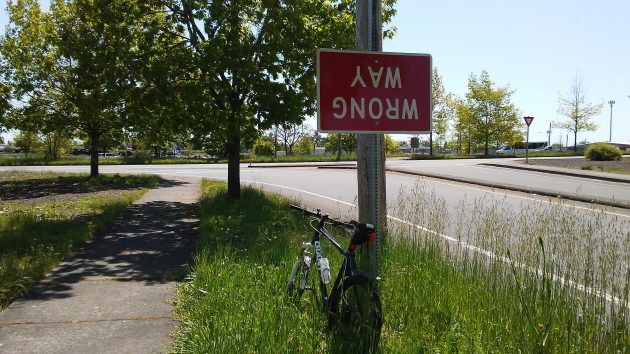 Was it just a question of upside-down thinking? Or was it that the installer exercised his sense of humor?

The sign is one of two intended to keep drivers from going up the exit ramp from Highway 99E (Pacific Boulevard) to Seventh Avenue just east of the Albany viaduct and overpass. I stumbled across it Monday when I went to get a photo of one of the properties a city committee thinks would be suitable for the Albany Post Office. (That’s in case the post office can be induced to move from the downtown site it has occupied since the 1960s.)

It probably doesn’t matter that the sign is upside down. The one on the other side of the street is right side up. And the message is the unmistakable: Don’t go here. (hh)