Weekly yard debris? Not in Albany 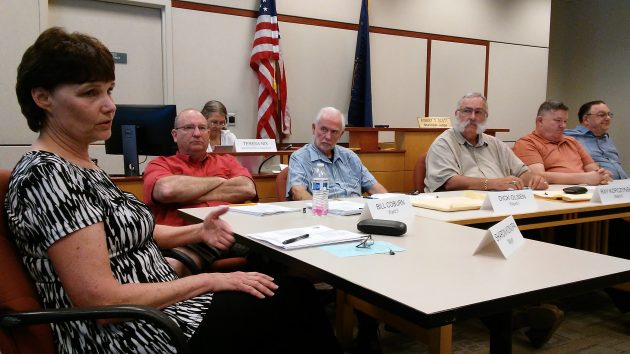 Mayor Sharon Konopa was in favor of weekly yard debris service, but the council again voted it down.

For the second time, the Albany City Council has rejected Republic Services’ proposal to collect yard debris weekly instead of every other week. The council majority didn’t think it was right to impose extra expense on people who don’t need the more frequent service, especially since customers can obtain a second yard waste cart now if they’re willing to pay $9 more per month.

No vote was taken at Monday’s council work session. But after some extended discussion, Councilman Bill Coburn said he didn’t sense there were enough votes for approval.

Mayor Sharon Konopa, who arrived from another engagement toward the end of the discussion, favored weekly pickup of yard debris last fall, when the council first rejected it, and again Monday. She urged the council to consider what’s best for the community in the long run. 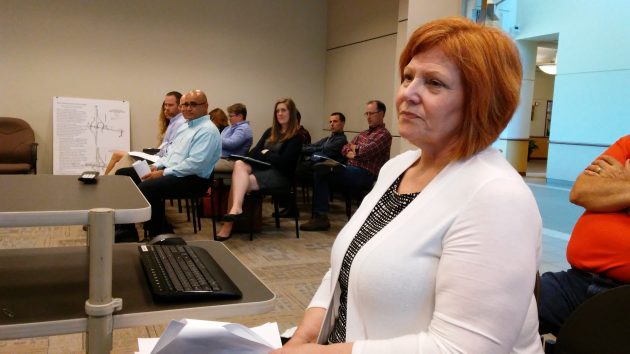 Republic’s Julie Jackson speaks to the council Monday while city staff members listen in the backround.

Julie Jackson of Republic Services was in the tough position of presenting the proposal. Once it was offered, weekly pickup would be mandatory for all of the disposal company’s roughly 14,000 customers, she said, and all would have to pay $4.50 more per month. Last fall the increase would have been $3, but conditions have changed.

About 600 of Republic’s Albany customers have asked for an additional cart for yard debris because one isn’t enough for their needs. They pay the $9 surcharge, but their carts are still picked up every other week.

Weekly pickup would allow the disposal of food scraps, which then would be turned into compost along with the yard debris. But food waste composting is not considered feasible when the waste may sit there for two weeks.

Councilman Rich Kellum said it would not make sense to stick 13,400 customers with having to pay $4.50 more in order to let 600 others save the same amount. He might think otherwise, he allowed, if two or three thousand wanted the weekly service bad enough to pay more.

Councilman Ray Kopczynski and the mayor favored the change, but the others on the council didn’t. Councilman Mikes Sykes had asked the council to reconsider its decision of last year. On Monday he said he had a problem with the fact that Republic’s Albany franchise gives the council a deciding say. Republic is a business and if it wants to offer a service and charge more, he said, “Why should they have to ask permission?”

As for what to do with yard clippings that exceed the biweekly pickup schedule, North Albany resident Tom Cordier said he had a solution. He had been advised by a local garden center not to dispose of grass clippings at all but to leave them on the ground. To avoid mounds of hay, he suggested, get a rake and spread it around. (hh)


13 responses to “Weekly yard debris? Not in Albany”