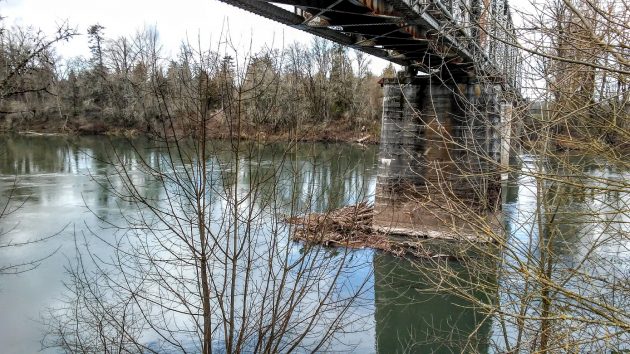 On Monday this was the view of the railroad bridge’s pier closest to the right bank.

If you’ve been on Albany’s riverside Dave Clark Path lately, you may have seen the growing pile of logs and debris jammed up against the nearest pier of the railroad bridge across the Willamette River.

It’s a common sight at the end of winter, when the river level goes down and reveals all the woody debris and other junk that came floating downriver over the last few months and got hung up on this or another bridge support.

The sight there now reminded me of a situation 10 years ago, when a logjam on the round pier at the center of the bridge had become truly massive.

It was so big that the Oregon Marine Board became concerned about a possible danger to boaters, and the Portland & Western Railroad worried about scouring at the base.

Eventually, in the spring of 2012, the railroad hired a crew from Southern Oregon to deal with the pile at a cost of $16,000. With the help of a railroad crane and ropes dangling from the bridge, they pulled the jam apart, chainsawing the massive logs and letting them float away.

This little jam on a different pier now doesn’t look nearly as large or potentially troublesome. At least not yet. (hh) 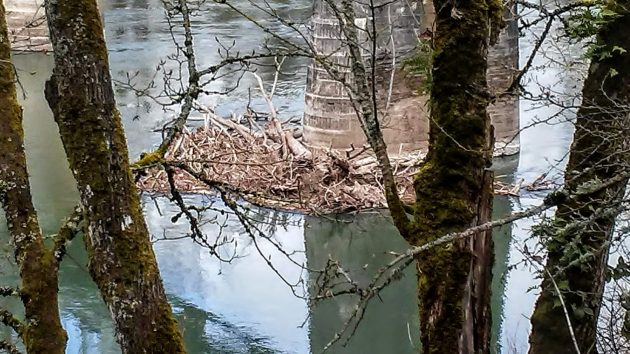 And a closer view via digital zoom.