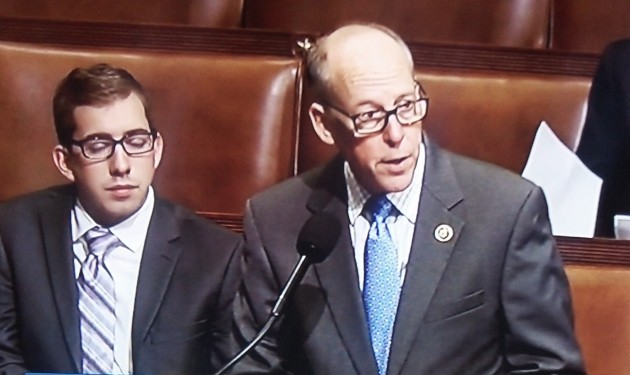 Rep. Greg Walden in a TV shot from November. This week he talked about Harney County.

Most of the cartoonists and editorial writers holding forth about events in Harney County don’t know the first thing about the place. They should spend a few minutes and listen to Congressman Greg Walden, whose 2nd District includes all of Eastern Oregon.

Walden got up in the House of Representatives and explained a few things about the controversy in his district. The main point: Western ranchers and others are fed up with federal bureaucrats who refuse to obey the laws that Congress writes and stubbornly make up their own rules. You can listen to his talk on YouTube: https://youtu.be/bx4ocLdWE90

The congressman does not condone the “occupation” of federal property at the Malheur National Wildlife Refuge by protesters. But he talks about the reasons for that kind of extreme reaction. The reason is the history of behavior of government agencies that misinterpret federal laws, ignore what residents and property owners say and refuse to take their interests into account.

What’s supposed to be the defense against repeated abuses by public officials over which local electors have no control? If hundreds of people attend public meetings, testify at hearings, sign and submit petitions and none of it gets any traction, ever, are they supposed to just give up?

We ought to reread the Declaration from time to time to remind ourselves why this country came about, and how. (hh)


11 responses to “Walden’s message: Worth hearing”