US Bank says it will leave downtown 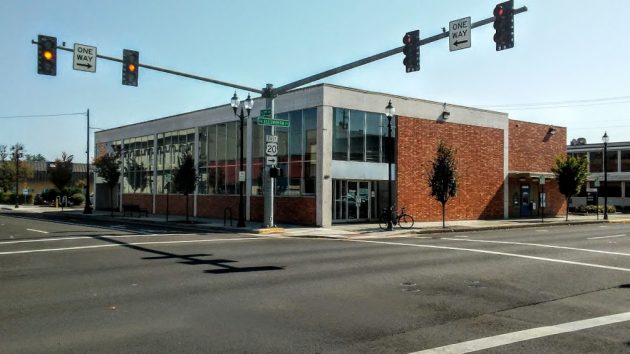 The Albany Community Branch of US Bank, seen today, was built in 1957.

US Bank is telling customers it will close the downtown Albany Community Branch in less than three months, on Jan. 2, 2021.

The Minneapolis-based company gave account holders the news in letters that arrived today.

This will be the second bank to leave downtown Albany since 2018, when Wells Fargo closed its branch at First and Broadalbin.

This is part of a trend. Nationally, banks have been closing branches ”at the rate of more than three a day for the last 10 years, according to the Federal Deposit Insurance Corp.,” a newspaper in Pittsburgh reported in July.

Banks have been pushing customers to do business online. In recent years the cavernous downtown branches of  US Bank and Wells Fargo were usually devoid of people except for a handful of employees.

U.S. National Bank built the branch at 205 Ellsworth St. in 1957. The Linn County assessor says the property now has a real market value of $1.2 million and a taxable value of just over $1 million.

What happens to the building after the bank is gone is hard to predict. Its owner, a real estate management firm based in Minneapolis, will probably try to sell the property or otherwise try to figure something out. (hh)

13 responses to “US Bank says it will leave downtown”