Update on Waverly Lake, and more … 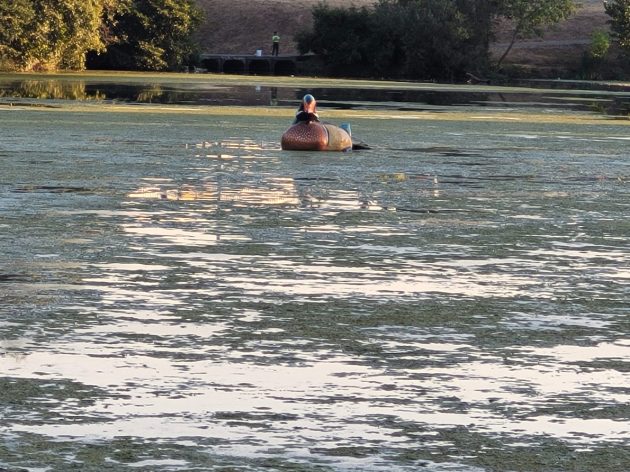 Well, I stopped at Waverly Lake on Tuesday evening, wondering if there had been any change in the infestation of algae or some kind of water weed.

Yes, there’s been a change:

As I mentioned, members of the parks department summer crew spent a day recently trying to collect some of the plants making the little lake look less than attractive.

Chances are they won’t try again, at least this year, considering how little good it did. But the city parks commission, if not the city council, may want to consider what might be done to prevent the lake from getting this overgrown next year.

In the video I mentioned the industrial construction project on Salem Avenue across from Waverly Lake.

A company named CorrQuest is building a 30,000-square-foot manufacturing plant there, plus another 5,000 square feet that will be available to lease to other companies. CorrQuest makes automated control equipment for plants making corrugated cardboard.

The CorrQuest project was one of two enterprises to which the Albany City Council last month gave $250,000 each. The money comes from the city’s economic development fund in the sewer and water departments.

The other project was a development Albany businessman Chris Hanson is building on Ferry Street. It’s called the Takena High-Tech Manufacturing Hub and will have separate spaces for up to 10 start-ups in the manufacturing field.

The awarding of these grants obviously has nothing to do with algae in Waverly Lake. But I thought I would bring it up since I was standing across the street from the CorrQuest site, trying to make myself understood over the traffic noise. (hh)