Update on the supermarket beat 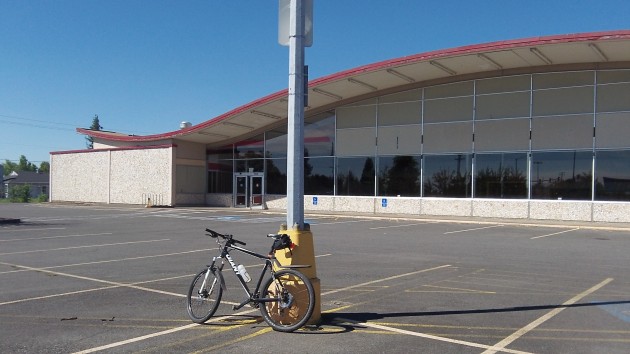 The Safeway store at Pacific and Calapooia closed in 1999.

It’s not as though residents of Greater Albany have no place to buy groceries. Nobody is wasting away, getting down to skin and bones because there’s nowhere to buy food. Still, people keep wondering about what’s going on with two former supermarkets and one being planned. So I checked.

The old West Albany Safeway at Pacific Boulevard and Calapooia Street closed in 1999 even though customers picketed in favor of keeping it open. It’s been empty since then except for an interval as a “dollar store” that didn’t make it. Safeway retained a lease on the building, presumably to keep a competitor from snapping it up. Now the situation has changed.

Albany Economic Development Director Kate Porsche told me the Safeway lease was no longer in force and she had been in contact with the owners, the Kampfer Family Limited Partnership in Harrisburg, to see what might be done about finding a tenant for the building.

That brings us to the former Ray’s Food Store in North Albany Village. The space has been closed for a couple of years, to the chagrin of North Albany residents who found it a handy place to pick up a few things but didn’t support it in numbers sufficient to keep it going.

I’ve been checking with Pete Snook, the development director of Deacon Corp., the shopping center’s owner. He sounds hopeful, but there’s nothing definite yet. “We have been able to secure a good financial partner and eliminated any debt,” he told me last week. “We are now able to look at a long term solution for the property and feel like grocery is still the primary target.”

And finally, WinCo Foods. In May 2015 the company filed a site plan for city review. It wants to demolish the former Kmart store at Pacific and Killdeer Avenue, vacant since September 2014, and build a supermarket there. The city needed more information to address infrastructure, transportation and development code standards, according to Melissa Anderson of the planning division.

“We have most everything we need now,” Anderson told me today, “but the applicant has indicated they will be submitting a revised site plan early this week. Once we receive that, it is likely we will be able to deem the application complete and send out the notice of filing.” What happens next is that the planning staff will review the plans and sign off on them if all requirements are met. Under the development code, the matter need not go to the planning commission.

Long story short: Nothing definite on any of these. But as I say, it’s not as though we face an emergency, what with the shelves bulging with stuff at Fred Meyer, Safeway, Walmart and various other outlets and smaller grocery stores. (hh)


8 responses to “Update on the supermarket beat”