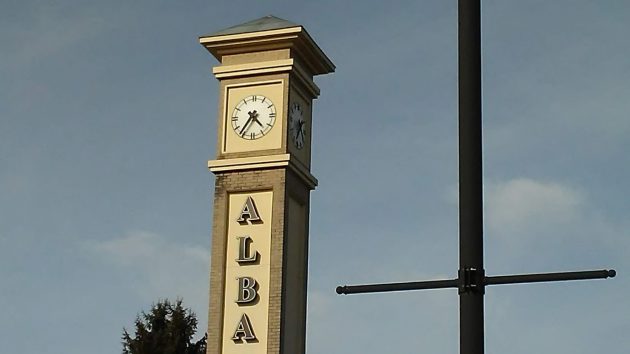 Those clocks on the tower at Albany Station are turning into some kind of headache for the people in city government who have to deal with them again and again.

Why? Check the video below, made Saturday, and then the update at the end of the story:

The clocks were wildly off last September, when Albany resident Lindell Johnson called attention to it. It turned out that three of the four clock motors had seized up and the fourth was slipping.

The city got Foress Sign Co. to put in new motors. Then one of the clocks starting running slow again and had to be reset.

Lindell Johnson may be the only Albany resident who checks on this regularly. In any case, a few days ago she let me know that all four clocks were off again, and not just by a few minutes.

Tom Valentino of the city had to deal with this before. So this week, chances are he’ll be called on again to see what can be done.

As if the city staff didn’t have enough on its plate. (hh)

UPDATE: On Monday (March 29), Building Maintenance Supervisor Tom Valentino reported that the clocks had been reset. He said they were 20 minutes slow because of a power failure over the weekend. He probably meant the previous weekend, since commenter Lindell Johnson mentioned the clocks being off on May 23. (hh)