To stop the virus, let state tell us more 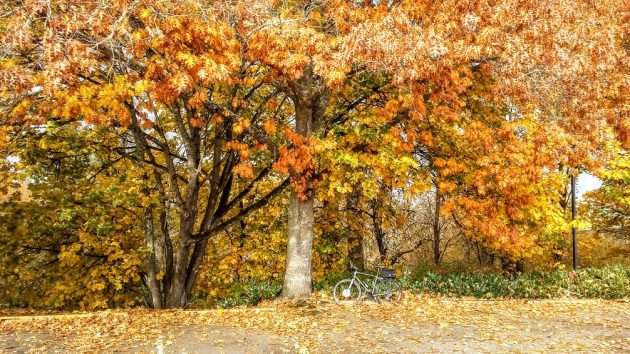 The fall colors along Albany’s riverfront are nice, but they can’t hide the fact that Oregon is failing to control the spread of Covid-19.

Day after day the Oregon Health Authority reports record numbers of new cases. On Saturday it reported 988, the highest number since the pandemic began. (It also reported 13 more deaths, but most of those happened in October so they were hardly new.)

In response to the worsening trend, Governor Brown announced a two-week curtailment of certain businesses and activities in five counties. This sounds like a modified lockdown. But the lockdown of the spring didn’t stop the disease, so it’s hard to see how a modified version will do much besides eliminating more jobs.

What should we do instead? The state should give the public more specific information so citizens can try to protect themselves better.

On Saturday, the Health Authority said eight of the new cases were in Benton County and 12 in Linn. This is interesting but not helpful. Where in Linn or Benton did the cases occur? What ages were affected? What occupations? How and where, if anyone knows, did they get it? Are the afflicted persons quarantined or hospitalized?

The Health Authority provides no details because by law it must protect people’s privacy. But if the spread of Covid threatens the lives of fellow citizens, protecting individuals’ privacy would seem to be of lesser concern.

Everyone you see in public — in the stores, anyway, and even sometimes walking their dog on the street — wears a mask as instructed. Presumably we all wash our hands whenever we get the chance. We give strangers a wide berth when we can, though often it’s impossible because of narrow aisles.

We do all that and still the virus spreads. We need to know more if we want the opposite result. (hh)


36 responses to “To stop the virus, let state tell us more”