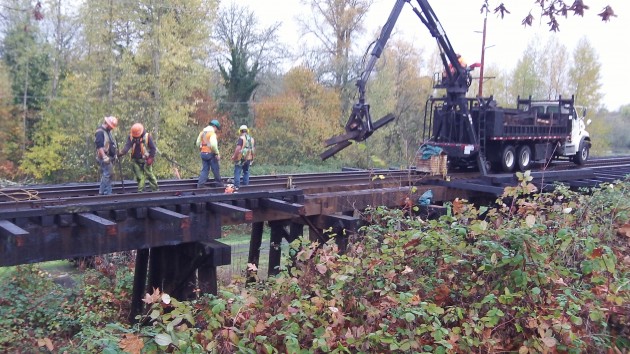 Workers on the trestle, as seen from the hospital parking lot Wednesday.

Keeping a rail line in working order is a job that never ends. So the Portland & Western does frequent maintenance and repair work on the old Oregon Electric line that runs through Albany.

Just now, a crew has been working on the trestle that carries the track along the flood channel of the Calapooia River north of the Albany General Hospital parking lot. From the looks of it Wednesday, the crew was taking out old crossties and replacing them with new and (apparently) longer ones. I left a message with someone at PNWR headquarters in Salem to find out more, but so far I’ve had no callback.

The railroad leases the historic line from the BNSF. It runs from Albany south to Eugene and north past Millersburg to Salem and beyond. Within the last couple of years, the railroad has improved or repaired grade crossings on the line in the Albany area and placed new ballast.

Years ago there was occasional talk about rerouting the track so it would no longer run along the Albany riverfront on Water Avenue, but there’s been no visible action toward that end. And considering the upgrading of the line including the replacement of ties now under way, it’s not likely to be moved any time soon, if ever (hh) 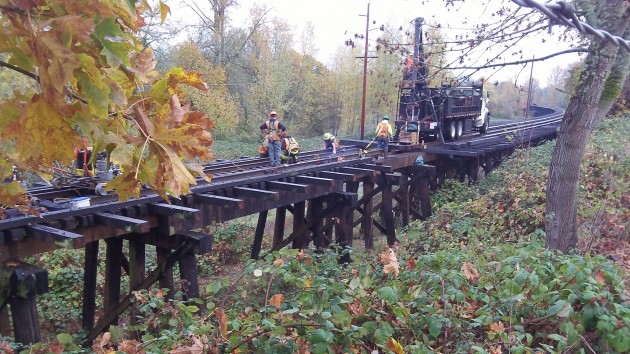 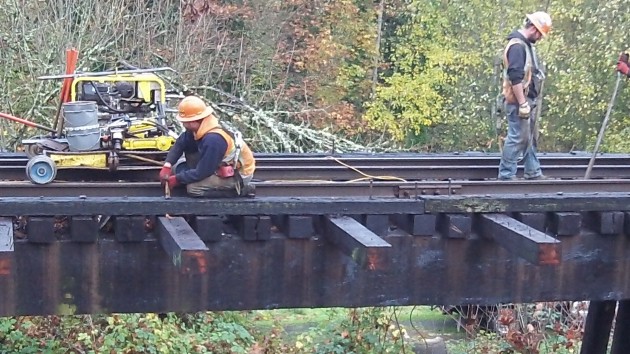 
One response to “To keep trains running: Trestle work”