Those bugs: Back for the umpteenth year 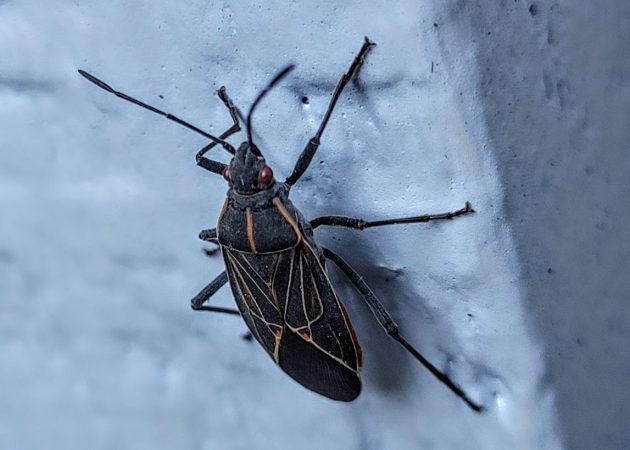 Climbing up an outside wall: A boxelder bug in action Saturday.

Because it has been mild and sunny for a couple of days, this is a good time to check on that old nuisance around mid-valley homes: Boxelder bugs.

The nice weather has brought these little critters out from their wintertime hiding places. They like to be warm, so they come out and take in the sun on south-facing walls.

For more than 40 years that I know of, people around here have occasionally asked how to combat the little pests. Now the internet is full of advice on that point in both video and text.

One bit of advice is the same as it was years ago, before there was an internet or YouTube. Put a little splash of liquid dish soap into a squirt bottle, add water, and spray the bugs outside your house.

In this video by the Utah State University Extension, the presenter explains that the soap breaks down the bugs’ exoskeleton and they die. The outside of your house will get a little soapy, but you avoid chemical pesticides.

If boxelder bugs have gotten inside, which often happens, you can vacuum them up. If you have an old-fashioned vacuum that still requires paper bags, seal the bag in plastic and put it in the freezer overnight to make sure the bugs die.

With a bagless vacuum, you’ll have to devise some other way to dispatch them.

Or you can just wait until spring, when the bugs usually leave on their own to feed on the developing seeds of any nearby boxelder trees or maples.

It would be nice if these bugs had a natural enemy that would keep their numbers under control. But they don’t. They have an unpleasant odor that  serves as their defense. 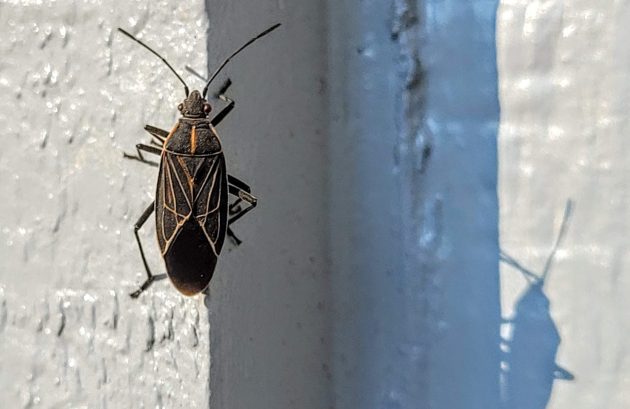 
12 responses to “Those bugs: Back for the umpteenth year”