Thornton natural area? It’ll be a while – Hasso Hering

Thornton natural area? It’ll be a while 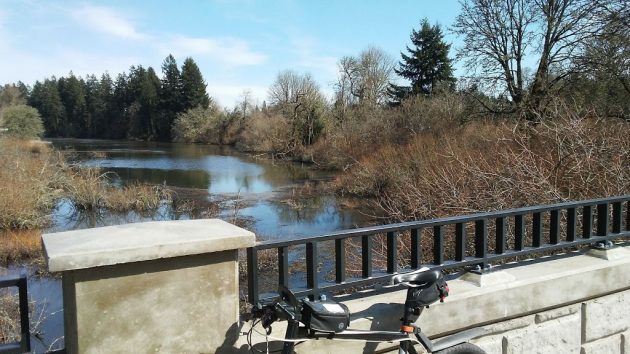 East Thornton Lake on Tuesday afternoon. The “natural area” is on the right bank.

It’s been 10 years since the Albany City Council spent $2.25 million to buy 27 acres of fallow farmland and brush on the south side of East Thornton Lake. But its development as a natural area open to the public remains in the indefinite future — if it ever comes about at all.

A reader wondered recently if there was anything new with the East Thornton Lake Natural Area. The short answer is no, there isn’t.

The city of Albany bought the land in 2009 from a Salem developer, using a state grant and a million dollars from the city’s Pepsi-settlement fund. The purchase ended a bitter fight over plans to subdivide the acreage for single-family housing. Neighbors and others strongly opposed the development, fearing among other things that it would damage the lake’s ecology. There also were concerns over access to and egress from the development.

City officials made it clear at the time there were no plans for immediate development of the acreage as a park, through there was talk that eventually it could become a laboratory for school studies of the area’s plants and animals. Early in 2017, students from the University of Oregon developed various concepts for the land.

When I wrote about this in October 2017, there was talk about hiring a consultant to design improvements, such as a parking area and some trails, and having something happen on the ground in 2019 or ’20. The schedule has slipped, however.

“The current budget includes money to complete some site planning for East Thornton Lake Nature Area this year,” Parks and Recreation Director Ed Hodney told me a few days ago. “However, as has been the case for a few years, we will continue to put off development of any improvements until we are confident the P&R budget can support the maintenance of a new park. The next couple of budget years look extremely tight, so we will not commit to construction at this time.”

Hodney will retire at the end June. (Of the applicants for the job, the city has interviewed eight via video and picked four finalists for in-person interviews on April 15.)

“I will get the planning work going soon,” Hodney told me, “but the decisions to build and maintain new parks will be left to my successor and others.”

So, if you’re waiting to visit an established and developed East Thornton Lake Natural Area some time in your life, don’t hold your breath. (hh)

13 responses to “Thornton natural area? It’ll be a while”