Taking a walk on the Ellsworth Street Bridge 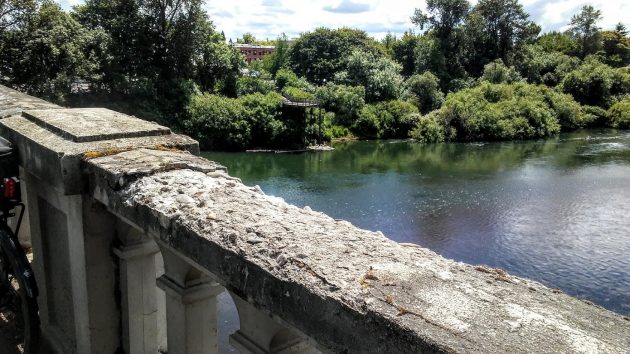 Take a walk some time on the Ellsworth Street Bridge across the Willamette River in Albany and you’ll notice a thing or two. Or maybe not, so let me point them out.

You’ll notice, for instance, that the venerable span is once again in need of repairs. At least one short section of the concrete railing is eroding pretty fast. It’s a mystery why that particular spot has deteriorated as it has when most of the railing is OK.

You’ll also notice that the bridge is a great place from which to admire the Willamette River, as in this view: 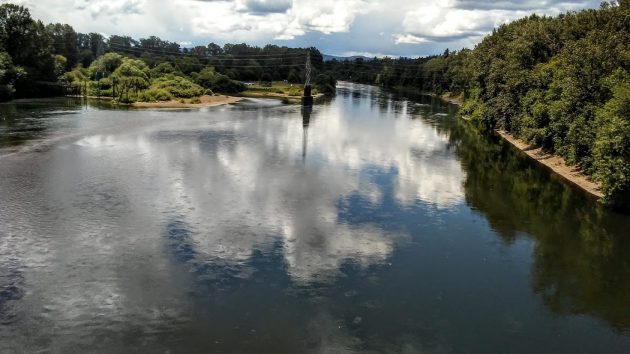 The water level is down, but still the Willamette seems plenty wide from this angle.

It’s unlikely that you’ll wonder why this bridge, designed by Conde B. McCullough and built in 1925, is of the “steel through truss” type.

McCullough, the highway department’s bridge engineer at the time, was fond of building concrete arch bridges and is famous for those. So why did he pick the truss style for the Albany Bridge?

The answer is found in an article prepared for the National Park Service’s “Historic American Engineering Record.” It says there that it’s because the Willamette is still technically a navigable river. (Witness the red and green navigation lights ODOT maintains under the river crossings to this day.)

Because of the navigability issue, the construction contract required that the structure be built so it could be converted into a movable span if that’s what the U.S. War Department decreed. And a multiple steel truss span can easily be converted to a vertical-lift  bridge.

Back to the present. On your walk, you’ll also notice that the big trucks coming across and making the bridge deck tremble just barely clear the steel cross beams overhead.

That’s why ODOT has a pending project to raise the clearance from 14 feet 11 inches to 16 feet. The agency listed that project last year and said the design phase would take through 2022. When and if the change would actually be made was not known at the time, and I don’t know if that’s changed.

On your walk you’ll notice that the sidewalk is kind of narrow, just wide enough for two people side by side. There’s another walk on the other side, but that has been closed since 1971, when the Lyon Street bridge opened.

Thousands of people cross the Ellsworth Street Bridge every day. Only the few who do so on foot get to spend a few minutes standing there and looking around. (hh) 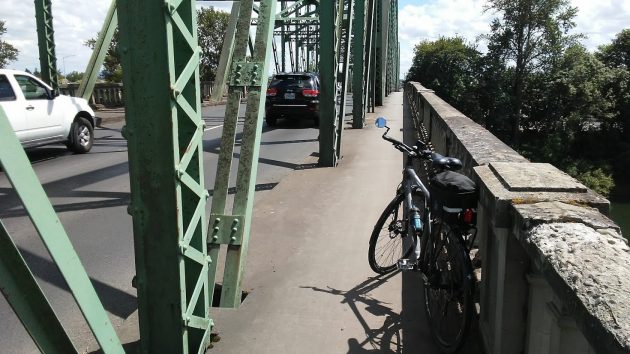 The sidewalk is wide enough for two people walking side by side, but not when a bike is in the way.


4 responses to “Taking a walk on the Ellsworth Street Bridge”