Takena gravel bar: Getting it removed 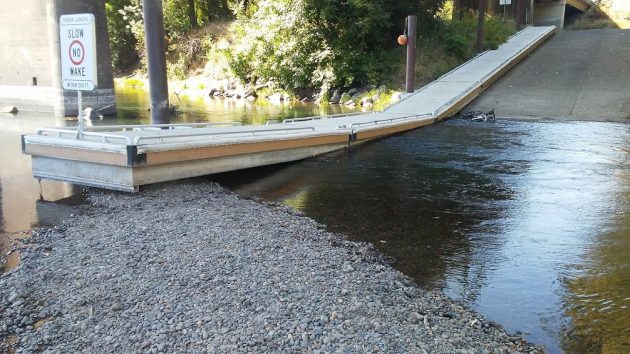 Let’s catch up on a bit of Willamettte River news: The gravel bar that made the Takena Landing boat ramp hard to use will soon be gone.

Albany got three quotes to remove the gravel, and Finance Director Jeanna Yeager said Monday the city intended to award the job to the low bidder, R.L. Reimers Co. of Albany.

Reimers offered to do the job for $49,200. Two other quotes were much higher. Associated Underwater Services of Washington state quoted $130,675, and Pacific Excavation of Eugene quoted $199,500, according to Yeager. There was no explanation for the big difference in bids.

Albany hopes to be reimbursed for the expense from a federal program to compensate for flood damage. Adding that element to the description of the job caused the bid opening to be postponed by a week, until Aug. 21.

According to the state permit for the work on the river, removal of the gravel bar has to be completed by Sept. 29.

The gravel bar grew over the last winter and spring. It has made access to the ramp hard or impossible, depending on the kind of boat. Chances are the next prolonged period of high water in the river will make the bar reappear. We’ll find out next spring after the river level goes down. (hh)

2 responses to “Takena gravel bar: Getting it removed”