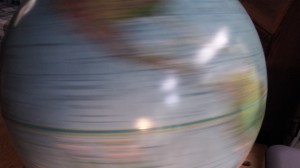 So we’re still here, more or less. What did the ancient Mayans know anyway? If they had been as smart as their calendar implies, they might still be around. Then they could explain the apparent ending date of their cosmos, or at least their way of reckoning time. But alas, they didn’t endure nearly as long as the graphic depictions of their calendar. They proved unable to adapt to changing conditions. Their descendants still live in the wilds of Yucatan and elsewhere, but their civilization is gone. With their calendar, though, they provided a bit of entertainment more than a thousand years after their cities and temples were at their height. Well, at the risk of repeating myself, here we are. The apocalypse has been postponed. Good thing, too. Otherwise, what good the did Governor Kitzhaber do by signing a contract with Nike that guarantees the company that Oregon will not change its “single sales factor method” of corporate taxation for 30 years. Many of us won’t be around in 30 years, but we can rest easy in the knowledge that Nike hopes to keep making sneakers and other useful stuff — including lots of money — for at least that long. (hh)