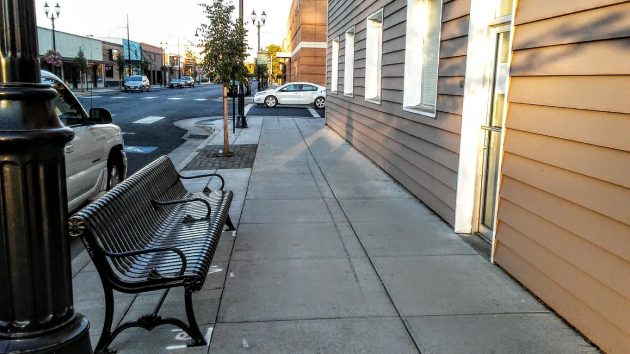 One of the benches placed downtown as part of the streetscape project completed this summer.

Imagine the plight of a streetscape designer who’s supposed to place a few benches on the newly rebuilt sidewalks of Albany’s downtown. How to position this street furniture so it is inviting and does future bench sitters some good?

Thoughts like that struck me on an idle afternoon last week as I came across new benches on Third Avenue.

If you sit on the one pictured above, the view you have is this: 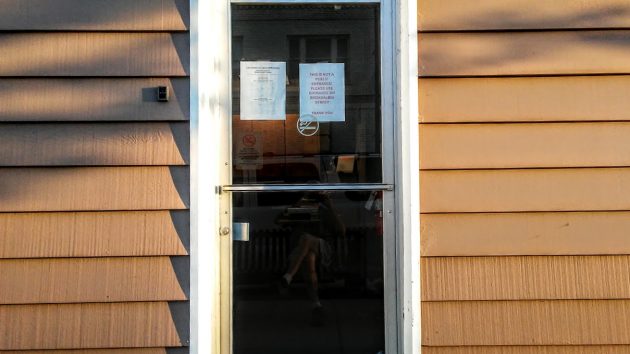 Not all that interesting or picturesque, you’ll probably agree. You’re staring at the outside of Linn County’s law library.  Inside, the place probably holds great attraction for people trying to find stuff about the law that isn’t yet online. But looking at it from the outside?

So why orient a bench that way, you may wonder, as I did. Until you realize that once you’ve decided a bench should be installed at that spot, that’s about the only way to put it in.

If you turned it around to face the other way, people with long legs might be unable to stretch out without hitting the vehicles parked at the curb. And anyway, looking at the side of an SUV is not much more entertaining than looking at a county office door.

You can’t place the bench close to the building but facing the street, because then it would be blocking the door.

And of course, positioning the bench at right angles to the sidewalk would not allow passersby to pass by. (There WILL be passersby one of these days, right?)

The streetscape project, for which the Central Albany Revitalization Area spent $8.4 million (not counting other city funds for street-related utility work) extended over about two years. Now that ODOT has finished repaving Ellsworth and Lyon Streets, the whole thing is done. Seth Sherry, who took over staff work for CARA in the spring, says a completion ceremony will be scheduled in due course.

You will notice that these streetscape benches have armrests in the center. Maybe that’s so nobody can stretch out for a nap. No, these benches are strictly for sitting up, getting off your feet while perambulating downtown to take in the sights, whether they’re interesting or not. (hh) 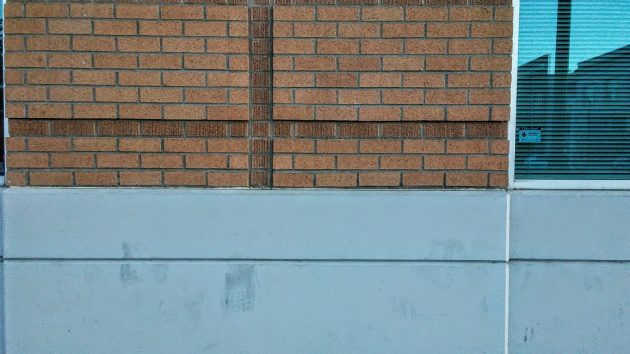 On the next block, the view from the bench on the corner is this wall of City Hall.