Stopped by a sign and threat of a fine 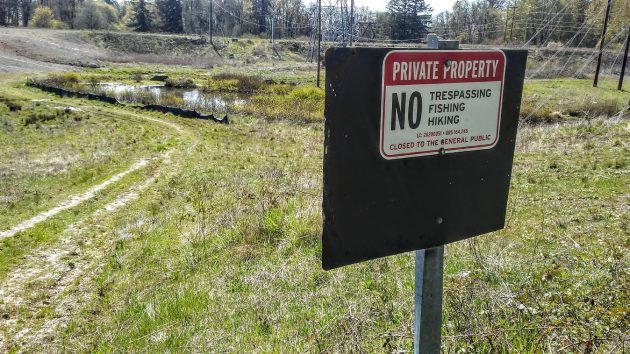 This sign stopped me when I reached the western edge of Albany’s little Hazelwood Park last week. “Private property?” Really? I thought this land was owned by Uncle Sam.

Indeed, Linn County assessment records show that this empty area — almost 18 acres outside the Bonneville Power Administration substation on S.W. Queen Ave. and bounded on the west by the Calapooia River — is owned by “United States of America.”

That doesn’t mean it’s public land in the usual sense. It is, instead, government-owned land that the government wants to keep people out of.

The big fat “NO” sign includes a couple of citations. One starts with “LC” followed by a bunch of numerals, and I have no idea what it means. The other cites a law known as ORS 164.245.

That state law defines the crime of “criminal trespass in the second degree.” A person commits the crime if he “enters or remains unlawfully in a motor vehicle or upon premises.”

Evidently the threat does not apply to, or does not deter, whoever travels down that way on the track visible in the dirt.

As for Hazelwood Park, what brought me to those two and a half acres owned by the city is that the city council on Wednesday is poised to declare it surplus.

Then the park will be eligible to be sold or otherwise disposed of. One group that wants it is the Creating Housing Coalition, an Albany nonprofit that wants to build a community there of about 25 tiny houses to help ease the homeless situation in town. (hh) 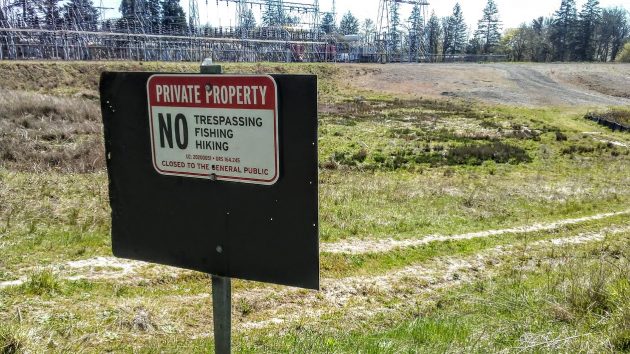 In the background, the BPA substation off Queen Avenue.