Still available, waiting for some kind of use 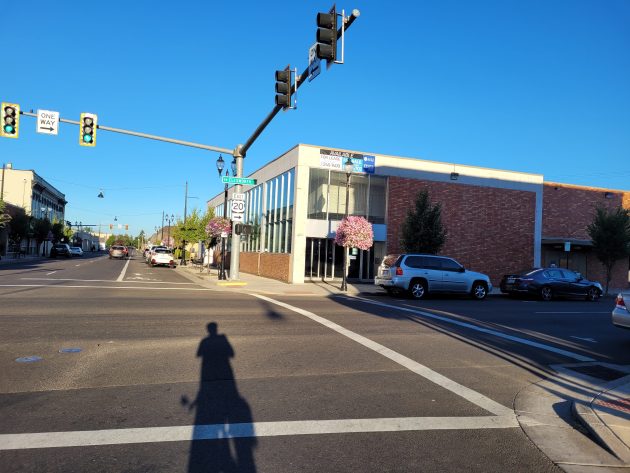 The light has changed, so I had better put the phone away and stomp on the pedals.

Waiting for the Second Avenue signal at Ellsworth Street to turn green on Saturday night, I found myself staring at the vacant bank building across the way and wondering what use could possibly be made of it.

The former “Community Branch” of US Bank closed for good on Jan. 2, 2021. As the sign on top of the wall lets people know, the property is still “available.”

Linn County at one time proposed to buy the building to use for county offices, most likely the clerk’s office, but then dropped the idea.

For business reasons and because consumer habits are changing, banks have been closing branches around the country at a record pace, according to published reports. This naturally brings up the question of what to do with empty branches.

In the case of the old US Bank branch at Ellsworth and Second, it has been a year and eight months, and it’s still “available.”

The building contains about 12,000 square feet of interior space. Any use you can think of — or I can think of anyway — would require extensive reconstruction.

Linn County tax records list Mittleman Properties of Portland as responsible for the property. The tax bills still are sent in care of US Bank Properties in Minneapolis.  The bill for 2021, paid last fall, was about $20,400.

The county assessor puts the market value of the property at just over $1 million.

Let’s not forget that this is the second vacant former bank in downtown Albany. The other one, closed by Wells Fargo in 2018, was purchased by the city of Albany, and redevelopment plans as part of urban renewal fell apart.

Last month, the Albany council, acting as the redevelopment agency, voted to call for bids on demolishing the old Wells Fargo building. Maybe eventually demolition will be the fate of the old US Bank as well. (hh)

The story has been edited to add the last paragraph.


5 responses to “Still available, waiting for some kind of use”