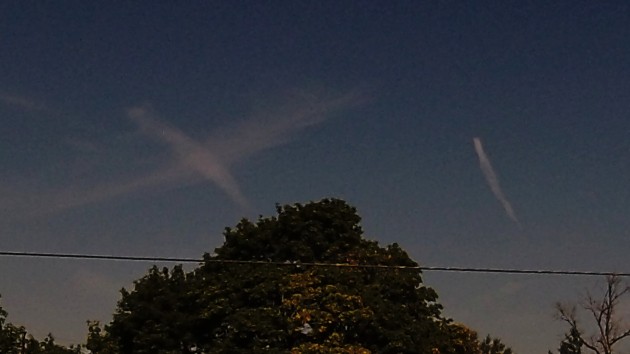 OK, so this is what it looked like in the northern sky around mid-day Monday. I can tell that it’s a Roman numeral XI. But what is somebody trying to tell us?

That it’s the eleventh hour? That it’s almost too late? Too late for what?

Or somebody on the ground said, “Hey my cell phone is dead; what time is it anyway?” Three pilots heard the question and tried to answer it. But why spell it out in Roman numerals, like an old pocket watch?

Or three jets were headed in the same direction when the guy in the middle said to one on the outside: “I’m sick of always being in the center; let’s trade sides.”


4 responses to “Sky riddle: Eleven what?”