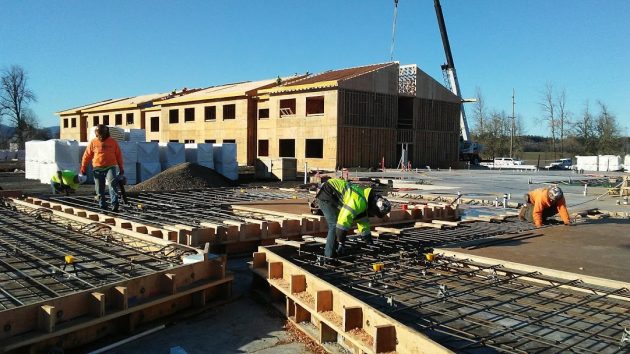 The classroom wing is in the background as men work on forms for the tilt-up concrete walls of Oak Grove Elementary School.

Crews are making all kinds of progress on building two new Albany elementary schools. On Tuesday I got a tour of both projects, Meadow Ridge and Oak Grove.

At both construction sites, the process of building tilt-up concrete walls was under way. These slabs of reinforced concrete are being put together horizontally, three or four walls on top of each other like the layers of a cake. So why doesn’t the concrete for the new pour stick to the layer below? Because a non-stick agent is sprayed on the surface first.

The explanation was provided by David McKay, managing director of HMK Company, the firm overseeing all the projects in the $187 million construction and renovation campaign of the Greater Albany Public Schools. It was McKay who conducted me around both sites.

At Meadow Ridge, workers have installed an elaborate system of underground drain pipes, made necessary because the school is being built on wetlands. It was that extra element which put the project behind schedule, but they’re now catching up. The contractor also put down a foot or two of crushed rock to make sure work can continue through the winter.

At Oak Grove, the framing contractor had prefabricated the wood-frame classroom section of the building, then set the pieces in place once the concrete slab was done. This approach made the classroom wing take shape in a matter of days. At Meadow Ridge, the builder is using a conventional approach to framing part of the structure.

I wondered about wooden school buildings at this day and age. The exterior siding, I learned, will be of steel that won’t require maintenance for decades.

Meadow Ridge, in northeast Albany, is being built by Todd Construction for about $40 million and is expected to be complete by the end of next year. At Oak Grove in North Albany, the smaller project at $27.5 million, the general contractor is Gerding Builders, and completion is expected late next summer.

When I see all the activity at big construction sites like this, it always seems a miracle to me that it all comes together in the end. It’s not a miracle at all. It’s because of the workers, all those people in hard hats and high-viz vests, and their real-world skills. (hh) 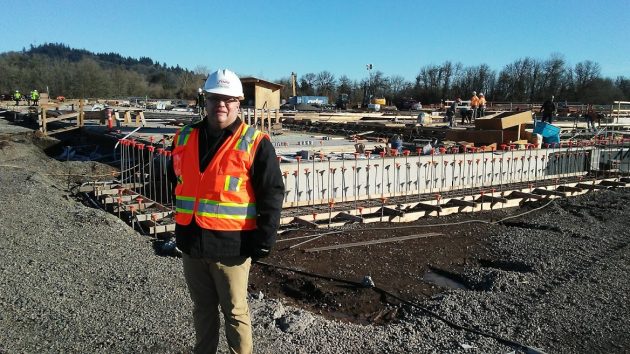 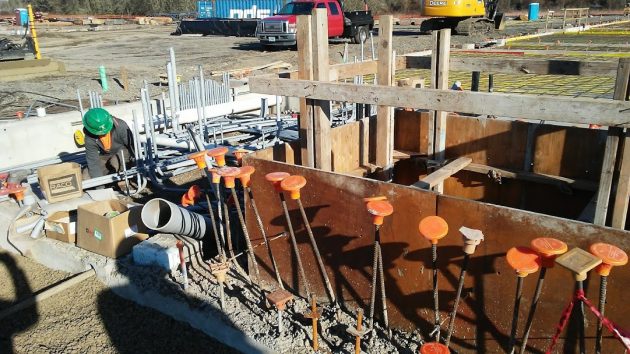 The base of the elevator shaft at Meadow Ridge. 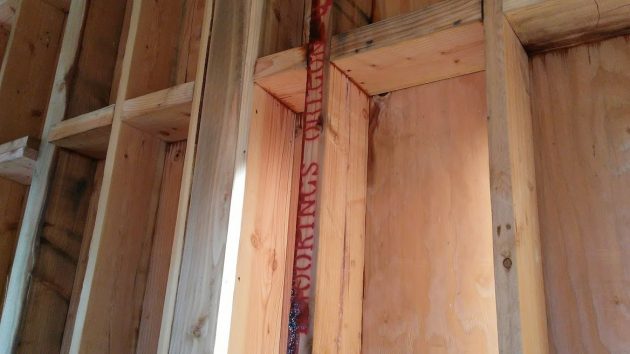 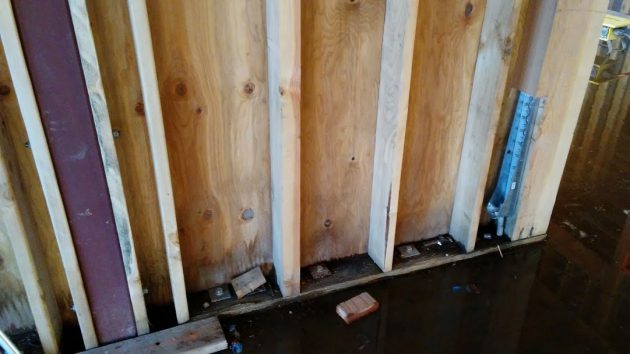 A steel post (left) and seismic anchor (right) in a wall at Oak Grove.