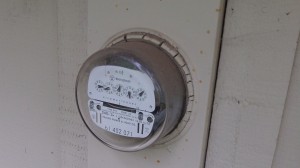 As it does once a year, Pacific Power has again reminded its customers that they can pay more for electricity if they wish. Why anyone would wish to do so is hard to imagine. But some people evidently choose the more expensive options, thinking they are doing the environment a favor. But are they really?

What Pacific calls “basic service” is the least expensive. If you want to pay more, for a slight surcharge you can buy the “Blue Sky Block” service, advertised to include a higher percentage of power from wind turbines.

For a few dollars more, you can sign up for “Blue Sky Usage,” which supposedly supplies 74 percent of your power from windmills and most of the rest from “biomass.” If you do this, the power company wants you to think none of your power — zero — involves the burning of coal.

Or you can go completely green, pay a little more yet and get all your power from wind, biomass and solar. No coal, no hydro, no burning of natural gas.

Now, the least expensive basic service includes all the supply sources that feed Pacific’s system: 61 percent coal, 7 percent hydro, 8 percent wind, 13 percent natural gas, and less than 1 percent each of biomass, geothermal and solar, with not quite 11 percent coming from “other” sources. That’s the energy mix that all Pacific customers get when they flip on a switch.

It baffles me how the utility can persuade people that if they pay more, none of their power will come from coal. If burning coal was banned tomorrow, even the no-coal, Blue Sky Habitat customers would be in the dark along with the rest of us. Until they find a way to direct particular electrons to only certain customers, charging higher rates for more green-sounding energy supplies sounds  like a marketing scheme to get people to pay more for exactly the same juice (hh)