Riverfront development question: How much? 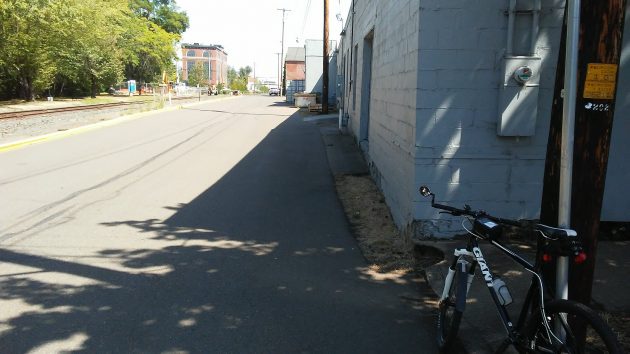 Looking east along Water Avenue from Baker Street on Aug. 22. Could this stretch be redeveloped?

Albany may spend up to $20 million in urban renewal funds to redevelop its Willamette riverfront, including 14 blocks of Water Avenue from Washington Street to Main, but the potential price tag is getting some pushback from at least two members of the city council.

This came up last week when economic dedvelopment manager Seth Sherry briefed the CARA advisory board on negotiations with Walker/Macy, the Portland firm of landscape architects the city intends to hire to design the redevelopment and come up with buildable plans by the end of 2020.

Sherry said the fee negotiations were not complete but they were talking in the neighborhood of $2.3 million, which would be in the standard range if the estimated cost of urban renewal projects along the riverfront turns out to be $20 million.

This struck Councilors Rich Kellum and Mike Sykes as the wrong approach. What if the council, as the agency governing urban renewal, doesn’t like any of the three development alternatives the firm is supposed to come up with? Do they still get paid that amount? What if the council ends up spending less on projects? How does it make sense to set a fee based on a final cost estimate when you haven’t even decided what to build?

CARA decided months ago that it would push for redevelopment of the riverfront as its biggest final task before going out of business. It has about $22 million of spending authority left, based on the urban renewal plan adopted in 2001. The question on the riverfront is just what is supposed to be developed how, and to answer that question the city intends to hire a design firm.

Sherry has told the CARA board that he’s heard from private interests just waiting to make investments along the riverfront if and when the city follows through with upgrades of public areas, including parks and the street itself.

So far there’s been only vague talk about the possibilities, including providing more public access to the river itself. If existing pilings for a former city dock are used, for example, getting state and federal permits would be easier than otherwise.

Progress has been slow. The city notified Walker/Macy in June it wanted to negotiate a contract with the firm, one of two that submitted proposals. The CARA board meets only once a month, and the next meeting isn’t until Sept. 18.

Unless the board, including the council, agrees on the ultimate scope of the project and approves a contract then, the goal of getting the design process finished by the end of 2020 is unlikely to be met. (hh) 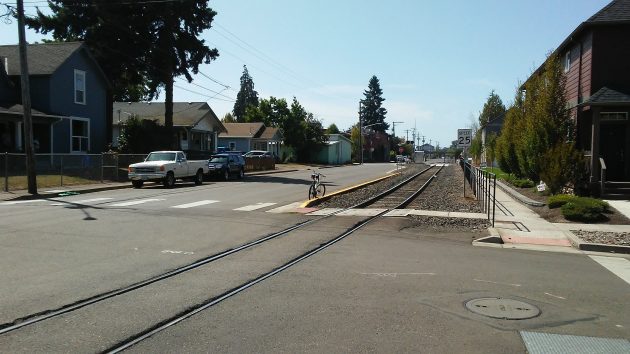 Looking west along Water from Main Street, the eastern end of the proposed riverfront redevelopment. At right: Edgewater Village.


29 responses to “Riverfront development question: How much?”