Riverfront beat: Taking a look at The Banks 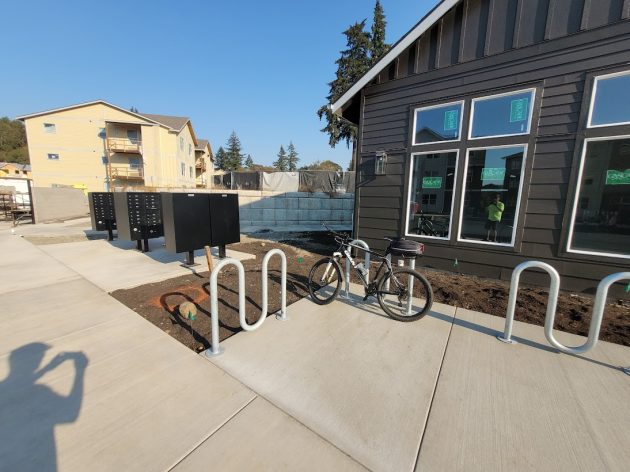 Taking a photo of the bike racks outside the clubhouse of The Banks apartments Monday afternoon.

They’ve installed bike racks at The Banks, the 120-unit apartment complex under construction on the Willamette River near Bowman Park in Albany. So things are looking up.

The construction site is on my riverfront beat, which is why I’ve written about it from time to time. Construction started last year after the quiet old neighborhood on Albany’s East End failed in its efforts to stop the project.

Some of  the eight three-story apartment buildings look nearly finished. The first apartments may be ready later this month or in November, according to the project’s website.

On Monday afternoon the entrance, opposite Bowman Park at 595 Geary Street N.E., was wide open, and I rode in. The bike racks outside the complex’s clubhouse were the first thing that caught my eye. Two were installed; the third had yet to be bolted down.

The units in the complex have been described as “market-rate apartments.” The website says the monthly rent starts at $1,350 for a studio and at $2,000 for a unit with three bedrooms and two baths.

A couple of weeks ago, the bike took me on the dirt path between the complex and the river. The plans approved by the city call for it to be replaced with a 10-foot-wide improved path, maybe paved. It occurred to me that the unimproved track, lined by berry bushes and trees, seemed all right the way it is.

More traffic was the main concern of neighbors when the project was undergoing city review. By early next year, after people have moved in, we should get an idea of how big an issue — if any — this turns out to be. (hh)

These buildings at The Banks look nearly finished, don’t they? 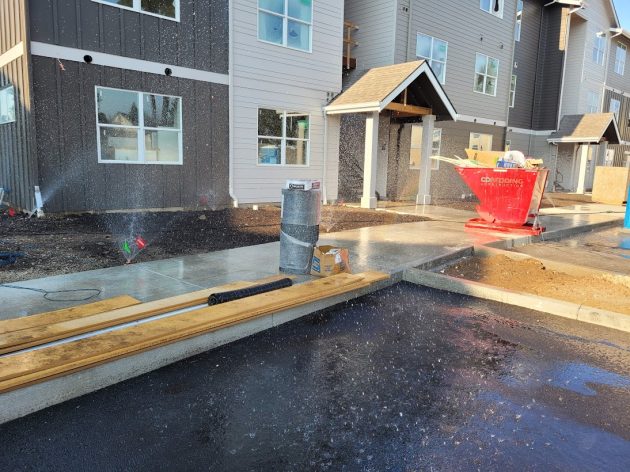 Looks like they were testing the sprinklers Monday afternoon. 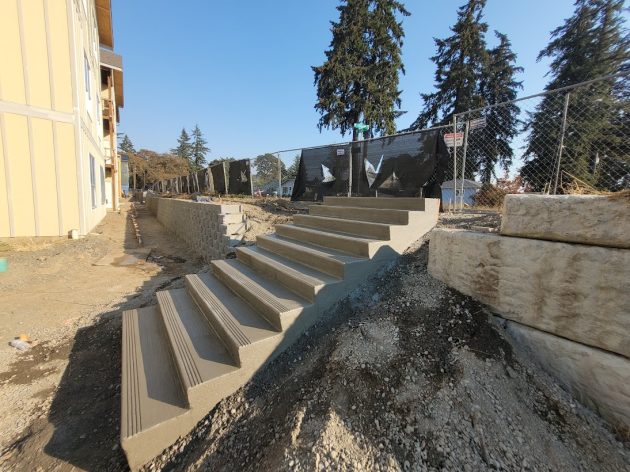 Concrete steps lead from the complex up to Linn Avenue.


16 responses to “Riverfront beat: Taking a look at The Banks”