Looking around on Corona Day Four 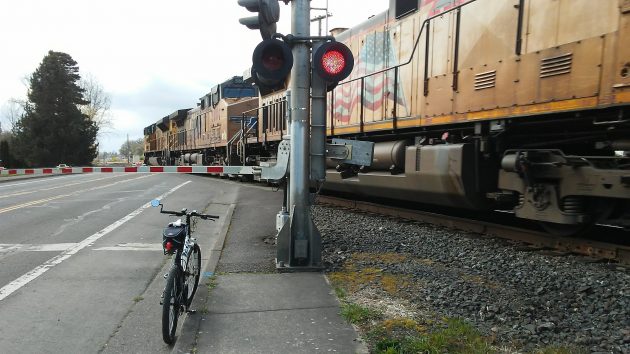 My bike waits at the Salem Avenue crossing Thursday as the Union Pacific roars past.

On Day Four of Oregon’s corona shutdown, which began with the governor’s order Monday, operations of the Union Pacific didn’t seem to be affected, as you would expect. But just about every other activity in Albany other than construction was closed or slowed down. 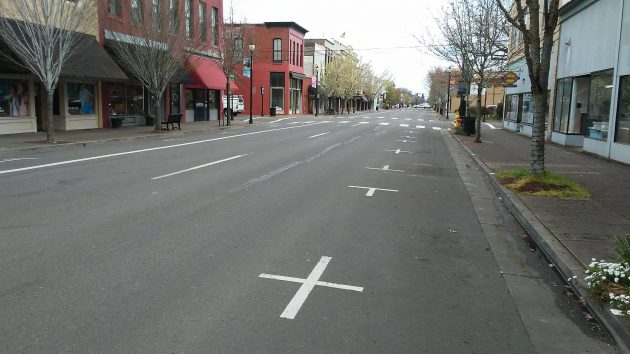 At mid-afternoon, First Avenue downtown looked deserted, but it wasn’t because … 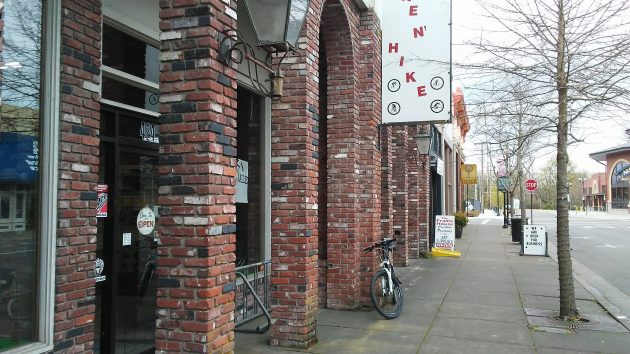 These stores were open. (Good thing, because I needed something for the bike.) 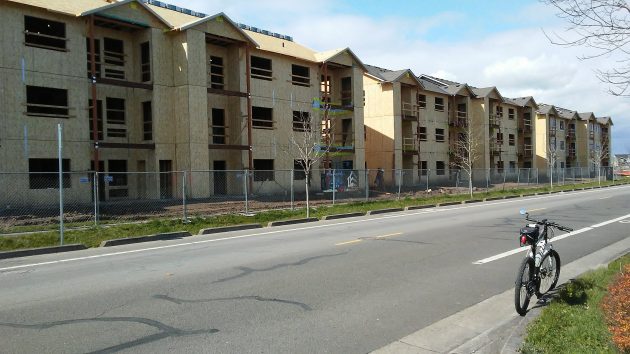 While east of I-5, the builders kept working on this apartment complex opposite Timber Ridge and Meadow Ridge schools.

And as for me, just as I got to the Union Pacific main line on Salem Avenue, the crossing gates came down for what looked like some kind of railbed construction train hammering through. It was a pretty long train, but at the speed it was going it took only about a minute to clear the crossing, as you can see below.

Also, as you have discovered, don’t expect hard or breaking news about the coronavirus outbreak here. For that, and for updates on local assistance — including the Linn County sheriff delivering prescription medicines to qualifying elderly patients — keep track of the websites of the city of Albany, Linn and Benton counties, the Oregon Health Authority, and the U.S. Centers for Disease Control and Prevention.

They always have the latest information that’s important and useful to know. (hh)

10 responses to “Looking around on Corona Day Four”