Residents plead for their quiet neighborhood 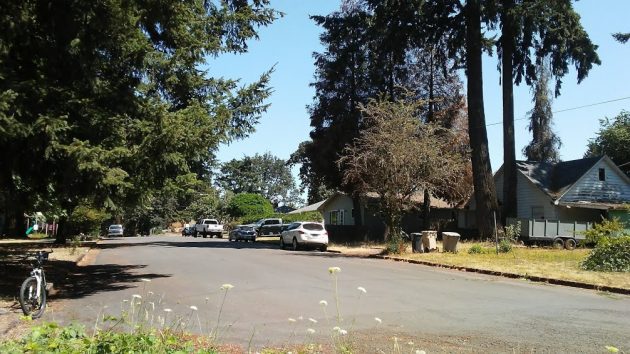 The 1900 block of Linn Avenue on Aug. 1. Two three-story apartment blocks and the end of a third  are proposed on the left (north) side of the short street. Eads Park is in the background.

About 50 people are asking the Albany Planning Commission to reject changes in plans for a 120-unit apartment complex they fear would wipe out the main attraction of their neighborhood — its livability with quiet, tree-lined streets.

Forty-seven residents signed a petition, and others added statements of their own, against proposed changes in plans for The Banks, the complex proposed by Salem-based River View Holdings to be built on the Willamette River between Geary and Alco Streets.

The developers won city approval of a different plan for 105 units last year and want their new layout approved as a modification of the old one. The planning staff agreed in July, saying the new one met requirements of the development code.

The neighborhood residents appealed to the planning commission, and the commission scheduled a public hearing — virtual, online only — for 5:15 Monday, Aug. 31. To read the agenda and accompanying materials, and the instructions on how to take part in the hearing or just watch, check here.

The neighborhood residents argue that the plan is so different from the original that it should not be considered a modification but treated as a brand new application. Among other things, where the original put some town houses on the north side of Linn Avenue, the new one has two three-story apartment blocks and the end of a third.

Some neighbors also question how the former industrial site (plus property fronting on Linn) was rezoned for medium-density housing years ago, and whether the intersection of Geary Street and Salem Avenue can handle the additional traffic without a signal.

The applicants said they needed to enlarge the plan because construction costs and other factors had made their original unfeasible. So the question is: If the change is denied, either by the planning commission or upon further appeal, can this complex be built at all? 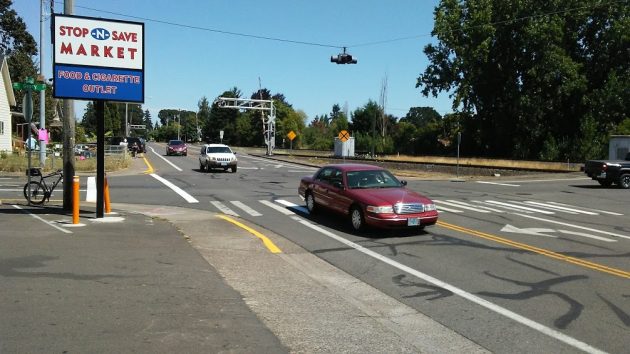 The intersection of Geary and Salem Avenue on Saturday, Aug. 1.


15 responses to “Residents plead for their quiet neighborhood”