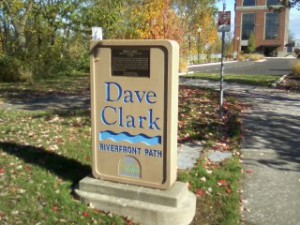 It was a little more than 10 years ago that death overtook Dave Clark, the city of Albany’s parks and recreation director for 27 years. We in the Albany area still benefit from his vision and his drive to get things done. Largely because of his ideas and plans and tireless work, we now can enjoy a string of parks along the Albany riverfront, on both sides of the river. Monteith Riverpark and Bowman Park came about because of Clark and under his leadership. So did the bike and walking path along the riverbank that nearly connects the two and now bears his name.

It was Clark who negotiated the deals that made Takenah Landing and Simpson Park possible. In the 1980s he started the River Rhythms concert series. He also developed the Oregon Amphitheater at Timber-Linn Park and helped launch the annual Northwest Art and Air Festival.

In 1999, when the public pool at Swanson Park had to be shut down because of equipment failures that were too expensive to fix, he started the drive to replace it with a water park, a drive energetically pursued and completed after his death by his successor, Ed Hodney. And Clark was also the driving force behind establishing the Albany Skate Park.

Clark was recognized with nationwide honors when he was living. He died on Oct. 29, 2002, at the age of 52. The 10th anniversary of his death has come and gone. I don’t know if the city paid it any notice. If it still wanted to do something big in his name, it might revive his project to link Bryant and Monteith parks with a simple floating bridge across the Calapooia River. As for me, I think of Dave every day I ride my bike along the Dave Clark path. (hh)