Reducing carbon without being forced 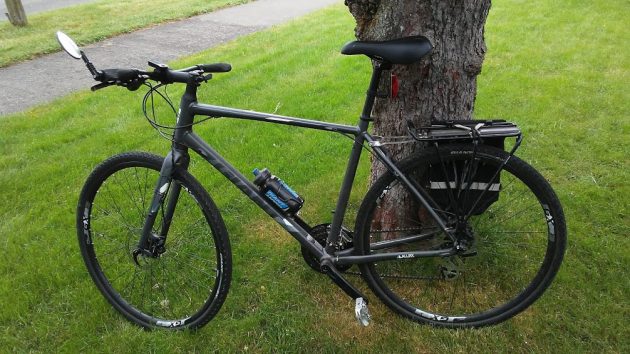 The legislature’s approach to cutting back our emissions of carbon dioxide is to enlarge the state bureaucracy with the power to impose rules and raise the price of fossil fuels. Simple steps that would save Albany residents money and actually lessen CO2 get no mention in the 182-page bill.

HB 2020, the Democrats’ Oregon Climate Action Program, cleared the Joint Committee on Carbon Reduction Friday on a vote of 8-5. Albany’s Shelly Boshart Davis was one of the no votes.

With the goal of setting an example for the world, the program is intended to lower Oregon’s greenhouse gas emissions so that by 2050, they would be 80 percent lower than in 1990. This is supposed to be accomplished by charging utilities and industries, including the fuel industry, money for the amount of emissions they cause. Overall there would be a limit on emissions, and the limit would be lowered every year. Covered entities would bid in state auctions for emission allowances, and the cost of this would be passed on to Oregonians who heat or cool their homes, run their vehicles, and operate their businesses.

The proponents insist that somehow this will increase the number of jobs. It will — in state government. The bill establishes a new Carbon Policy Office, which would have dozens of employees and issue rules to carry out — and enforce — the program. There would be an Oregon Climate Board and a Joint Committee on Climate Action. For the coming biennium, all this will cost an additional $22.3 million in state costs alone, and perhaps significantly more in coming biennia, according to the budget forecast for the bill.

The costs to the general public will be greater still as every covered business tries to pass on the cost to comply.

Assuming that we all want to — and should — reduce our contributions to greenhouse gases in the atmosphere, there’s got to be a better way, and there is. It lies in individual actions and changes in technology that are already taking place, without any government force, but that could be further encouraged by the right kind of policies.

Why don’t we give incentives to taxpayers to commute to work on a bike rather than in their truck at least two or three times a week? (Electric bikes make it feasible for even the less than athletic.) How about encouraging active transportation of that kind by modifying our streets to lure more citizens out of their cars? How about accelerating the installation of solar panels on residential roofs by lowering a homeowner’s property tax bill for having one installed?

The  young, Oregonians now in school and college, are committed to reducing their carbon footprint with simpler living, including less driving. By 2050, they might just achieve a significant carbon reduction without all the government control, loss of liberty, and additional costs that our current legislature wants to impose. (hh)


19 responses to “Reducing carbon without being forced”