Red-light cameras: Keep them or …? 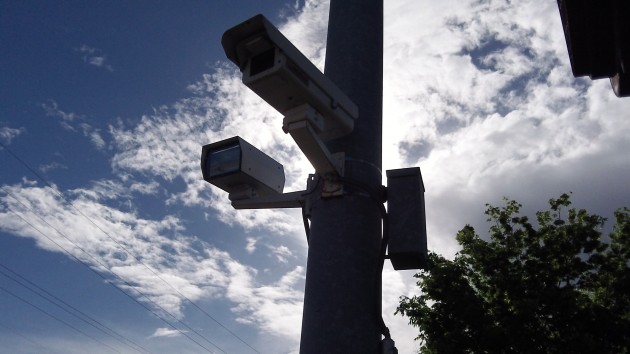 Cameras keep an eye on traffic at Queen and Geary last week.

Some jurisdictions across the country have been dismantling red-light cameras, but in Albany the police chief would like the council to authorize renewal of the city’s contract with Redflex Traffic Systems for another seven years without competitive bidding.

Albany contracted with Redflex in 2007 to operate two sets of cameras to catch red-light runners at Queen Avenue and Geary Street (west on Queen and south on Geary). The contract, extended in 2010, expires in February 2017. The extension requested by the chief would allow for “seven additional approaches” (streets feeding into intersections), which he says is the same as the current contract language.

No other intersections have been so equipped, however. At the time of the original installation, there was talk that putting cameras on state highways such as Pacific and Santiam would require ODOT approval, and this was deemed too complicated.

Red-light cameras have been controversial for a long time. In recent years they’ve been removed in lots of places and retained or added in others. An online sampling shows that camera systems were removed in Gulfport, Fla.; Round Rock, Texas; Tucson, Ariz.; Las Cruces, N.M.; Aurora, Ill.; and Littleton, Colo. The Redflex website tells of others, including Sacramento County and Ventura, Calif., where they’ve been renewed or started.

This January, the state of Florida published a report saying that in cities that had installed the cameras, collisions increased afterward. Total crashes were up 15 percent; rear-end crashes were up 10 percent. and incapacitating injuries were up 29 percent. The report did not blame the cameras for the increase. It said other factors may have been at work. Redflex, for its part, cites other studies including one by the insurance industry that the cameras have saved lives.

I asked Lattanzio for statistics related to the cameras at Queen and Geary. He told me to wait till Wednesday, when he presumably plans to give the council information to back up his request.

When a camera snaps a red-light violation, an officer reviews the images and determines whether to send a citation to the vehicle’s registered owner. When I wrote about this in January 2015, the police told me that camera citations at the intersection numbered 499 in 2013 and 500 in 2014.  But not all of them resulted in fines being paid. Some were dismissed and others weren’t paid. Redflex, I was told, averages $60 for every $260 ticket that is upheld and paid. And in fiscal 2013-14, the city collected $32,500 in camera tickets.

An Australian company whose American headquarters is in Phoenix, Redflex has more than 2,000 traffic safety systems in 220 communities in the U.S. and Canada.  It has been involved in scandals in Chicago and Columbus, Ohio. In January, the Wall Street Journal reported that a former Chicago transportation official was convicted in a bribery scheme that helped Redflex build Chicago’s system of several hundred red-light cameras. Earlier the company had fired its top American executives, and last year some had pleaded guilty in the Chicago case. In Columbus, one of the former executives pleaded guilty in 2015 to federal bribery and other charges there. The company says it has cleaned house. (hh) 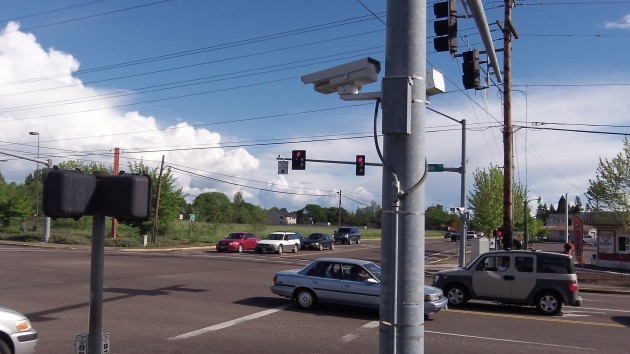 Traffic at Queen and Geary, a busy intersection most parts of the day.