‘Rain tax’? This case proves it 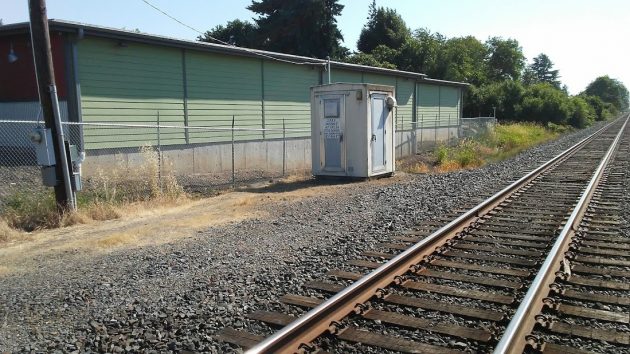 John Robinson has to pay Albany’s rain tax on property he owns even though it does not drain to any city system. His case illustrates that what the city calls a storm water utility charge is not a service fee but in fact a tax.

It also shows that despite the caps imposed by Measures 5 and 50, there’s no hard limit on the taxes Oregon governments can collect from property owners.

Robinson, an Albany contractor, owns a storage business at 100 Davidson St. N.E. That block of Davidson has no storm sewers, and when it rains the property drains to the Union Pacific right-of-way on its north side. The storage business has no water or sewer service, and Robinson gets no city utility bill for it.

But since Albany started its storm water utility fee in March, Robinson does get a rain tax bill of $11.42 a month. On Wednesday, the city council rejected his request to stop charging him this fee, which residents and property owners generally pay with their water and sewer bills.

The 2016 council resolution that imposed the rain tax allows city officials to use their “discretion” to stop charging it under certain circumstances, and Robinson asked for that to be done in his case. But the city staff said “discretion” was not meant to apply in cases like his. Chis Bailey, the public works director for operations, told the council there were 1,120 other Albany properties without water or sewer service that also get charged for the storm water utility.

So why does a city charge on property pass muster under the property tax limits imposed by Measure 5 in 1990 and Measure 50 in 1997? Because the Oregon Supreme Court says so.

In two cases — in Roseburg in 1993 for storm water, and in Jacksonville in 2007 for police and fire protection — the court upheld monthly fees imposed by the respective cities. In 2007 the court said among other things that the rate caps of those tax-limiting initiatives applied only to ad-valorem taxes, that is, taxes assessed against the value of property. The Jacksonville fee for public safety, collected on water bills, was a flat $15 a month. And in Albany, the new rain tax amount is based on factors including the size of impermeable surfaces but not the value of the property.

As far as loopholes go, that one looks pretty big. (hh)