Putin and the Thief of Kiev 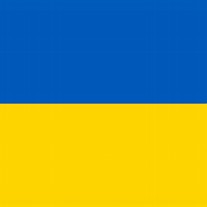 The flag of Ukraine.

A few weeks ago, I got an unexpected glimpse of the Ukraine crisis when two young men came to our house and installed a new window, replacing one that had worn out. I could not understand what they were saying to each other while they worked. Later I asked one of them what language they were speaking. “Sounds like Russian,” I said. “Ukrainian,” he replied.
Turns out that both he and his colleague had immigrated from Ukraine. I asked him if he followed the news from there, as the protests in Kiev were heating up, and what he thought about it. His answer surprised me. It was less a protest of the government’s turn away from western Europe and toward Russia, he said. Mostly, according to him, Ukrainians were fed up with the thievery and corruption by the people in charge. The president’s son had become a billionaire within about a year.

“We just want them to steal less,” he said, or words to that effect.

I kept watching the news — the PBS Newshour has done a good job on this story —  and was impressed how the people in Kiev’s main square stuck it out despite the bitter weather and the attacks by riot police. Then came the day when government troops fired into the crowds and killed about 70 or 80.

The protests only got more vehement, and the president fled to Russia after first throwing a lot of papers into a lake at his fantastically opulent home. The papers are being dried, and the protest movement hopes to find clues to where their former leader stashed billions of dollars in stolen public funds.

Now Russia’s Vladimir Putin is throwing his weight around, as expected. Besides giving a sanctuary to the chief thief of Kiev, he has sent troops into Crimea. It looks as though he wants to grab that part of the old Russia and later the Soviet Union and make it part of his empire again.

President Obama says that if Putin does that, it will cost him. The threatened cost, though, was not specified. I doubt that Putin is too worried. Over my lifetime, the West has done nothing to oppose Russian power grabs in Europe since the Berlin Airlift in 1948.When the Soviet influence eventually crumbled, it was because the local people rose up and the Soviets were no longer able or willing to send in troops.

I’m hoping that the West, meaning the European Union and the United States, will find a way to help the new Ukrainian government get established so that the heroism of those demonstrators in Kiev is not in vain. And so that, in the words of our window installer, the people there will be governed by officials who “steal less.” (hh)


3 responses to “Putin and the Thief of Kiev”