Plan ahead for much less water 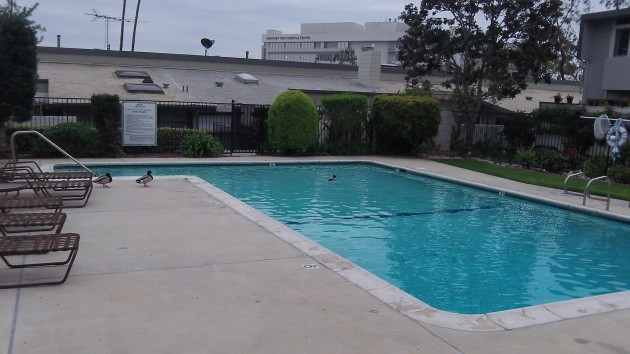 Will pools become a thing of the past if current drought gets worse?

We should be more worried about water than most of us are. And we should be thinking of how to cope with what looms like a drought that could last many years, if not centuries.

In California last week, there was no evidence of concern about water — nothing in the papers or on TV, perhaps because of recent rains, storage in reservoirs like Shasta Lake was a little ahead of last year. But then in Sacramento on Tuesday, the Water Resources Control Board voted to outlaw lawn watering within 48 hours of a rainstorm. The board also tightened other regulations, such as prohibiting water from being served in restaurants unless customers ask for it. Such measures may help a little, but they are no solution to a serious drought.

Already four years old, how serious could the current dry period get? Scientists have discovered that the West has undergone regular water shortages lasting for decades not just in recent history but over thousands of years, and many of those dry periods have lasted longer and been far drier than anything in living memory. (B. Lynn Ingram of UC Berkeley recently summarized the research, by her and others, in an article, “The West without water: What can past droughts tell us about tomorrow?” You can look it up at http://origins.osu.edu/print/2940.)

In prehistoric times, droughts were severe enough to wipe out civilizations in the American Southwest. Today technology may save us, but the population also is  many thousands of times bigger, and Americans used to living with lawns, pools and daily showers — not to mention water-based sanitation and industrial pollution control — will find it much harder to cope when the rain quits and the taps run dry.

In Oregon now we are facing a spring and summer with hardly any reserves of snow in the Cascades. Rainfall in the mid-valley, despite the occasional downpour, is only about two-thirds of average for the year. The situation is not yet dire. And yet we ought to think about what we’ll do if we face not just one or two dry winters but, say, 30 or even 100 dry years, as the research shows we might.

The majority of our legislators are preoccupied with preventing climate change with measures such as making our fuel less efficient and more costly. This is foolish, because the research shows climate change happens no matter what. Legislators instead ought to consider how our civilization can feed itself and otherwise operate even if we have only half the current amount of water, or less. (hh) 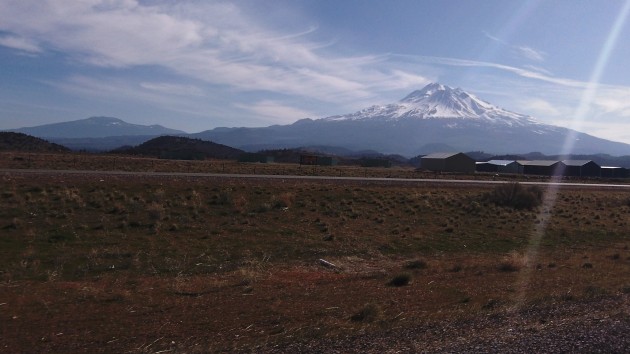 Even Mount Shasta has very little snow this March.


5 responses to “Plan ahead for much less water”