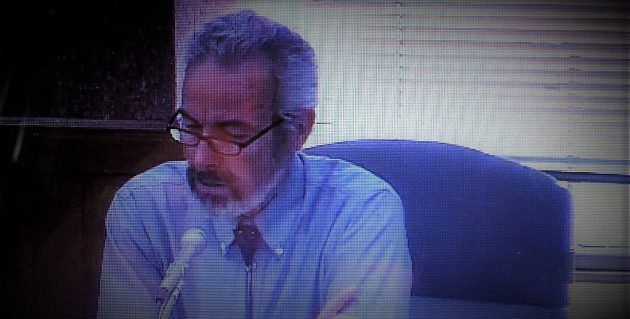 Committee Chair Floyd Prozanski made a move to save the ban on using hand-held devices while driving.

The Oregon legislature’s attempt to prevent distracted driving because of any kind of cell phone use could not get out of the Senate Judiciary Committee Thursday. Chairman Floyd Prozanski salvaged the bill by arranging to have it transferred to the Senate Committee on Rules.

The committee spent some time Monday afternoon trying to understand the latest proposed amendments to House Bill 2597-A. But there was much apparent confusion about just exactly what kind of uses of “electronic devices” would be prohibited and which ones would be exempt.

The bill was recommended by an ODOT work group on distracted driving, and Rep. Andy Olson, R-Albany, the chief sponsor, carried it to passage in the House. It started out as prohibiting any use, while driving, of any hand-held electronic device. Complications came in the definitions and in various exceptions.

One key point seemed to be whether a device can be used while drivers “have the ability” to have both hands on the wheel. But the bill would not actually require two-handed driving. Another was whether a device could or could not to removed from the vehicle, as though that had anything to do with being distracted while driving.

Sen. James I. Manning Jr. of Eugene, one of three Democrats on the committee, confessed to getting confused the more the panel drilled into the details. He spent his career in the Army and was a police officer before that. And he recalled that truckers used their CB radios all the time without causing crashes, so what was all this about whether somebody keyed a mike or held a device? Why not just pass a law against driving while texting or playing games on cell phones, Manning wondered.

Committee members Michael Dembrow, a Democrat, had a question about the issue of holding a mike. Republicans Kim Thatcher  and Dennis Linthicum also seemed dubious about the bill.

To committee Chairman Prozanski, D-Eugene, it’s a question of whether Oregon is serious about trying to put a stop to phone-connected distractions that are killing and injuring people in traffic. Rather than see the bill go down on a vote in his committee, he prevailed on Thatcher to move that it be referred to Rules, and the panel approved.

Prozanski said he and the chair of Rules would try to work out the parts of the bill that were causing concern so that the measure could pass the Senate and be sent back for concurrence in the House. (hh)