Panera to open where others didn’t last 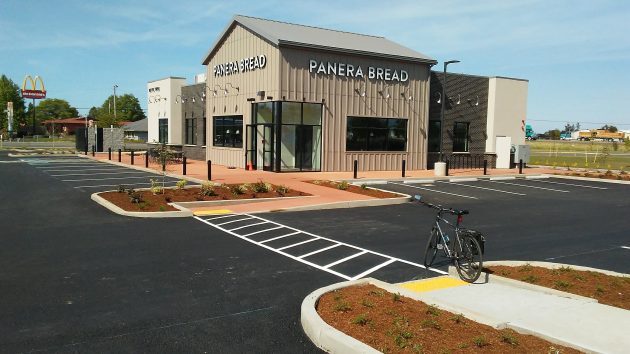 Somebody who evidently doesn’t get around much asked me the other day whether Panera Bread was or was not opening a restaurant in Albany. Well, they’ve been building the place for months, the signs have been up since last year, and the restraurant will open by the end of the month.

I took a ride out that way Tuesday and found the building finished. The parking lot has been newly paved, and the landscaping is complete as well. The time frame for the likely opening I got from an employee who answered the phone at Panera in Corvallis.

The Albany Panera was built on the site of the old Tom Tom Restaurant, which was quite a happening place decades ago but had been closed for years before it was demolished in December 2012.

Elsewhere in the neighborhood, around Airport Road and Interstate 5, a less momentous development in the food business is that the Taco Bell appears to be closed for construction, but when you take a closer look you see that the drive-through remains open: 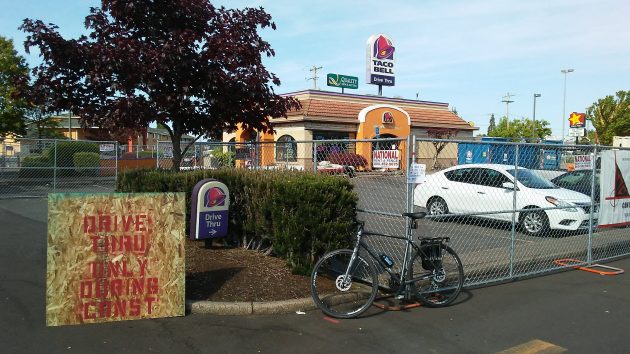 Being close to the freeway off-ramp and near some motels, this should be a pretty good business location for places to eat. Sadly, it didn’t work out that way for what used to be called Yaquina Bay: 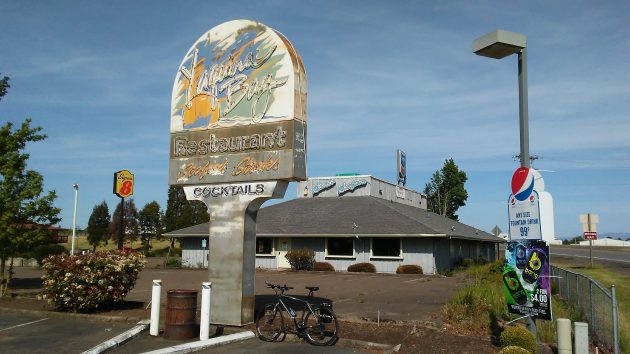 I don’t know what happened to the place, or why it closed and when. It sure looks as though it has been closed for quite a while.

The Albany Panera is across the street. Let’s wish the new operation good luck, and may it escape the headwinds that evidently doomed the Tom Tom and Yaquina Bay.  (hh)


9 responses to “Panera to open where others didn’t last”