Our EV future and parking on the street 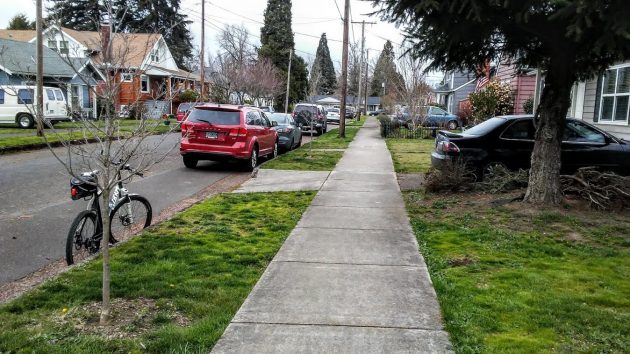 How would you charge EVs if they were parked on the street like these conventional cars in the 1300-1400 block of SW Park Terrace on March 21?

In Oregon’s push to electrify the transportation sector, here’s a question we haven’t heard much about: How does on-street parking work when you have to recharge your car every night so next morning it will start?

In the paper the other day, there was a story saying Americans were slow to buy battery-powered vehicles. But the auto makers seem determined to get out of the internal combustion business in the next couple of decades.

That’s not many, but the numbers have been going up, and by 2050, when our governor and others want Oregon to emit virtually no more greenhouse gases, probably everybody will have to have an EV or two.

Charging them is no problem, as one car company advertises. You already know how: Just plug them in.

That’s great if your car has a garage to spend the night. But what if  you have to park it on the street, as thousands of Albany vehicle owners must?

Is somebody, Pacific Power perhaps, going to install charging stations along the curbs of residential streets? Especially in the older neighborhoods with modest houses on small lots, where garage space is in especially short supply? Maybe, but it doesn’t seem likely.

Instead, maybe it will be common for people to string extension cords from their house to the curb. Pedestrians watch out. And woe to the driver who parks his EV in front of someone else’s house so the homeowner has to park where his cord doesn’t reach.

The state government has a website on the Oregon conversion to electric vehicles. It’s interesting, so check it out here. But it doesn’t say anything about how the charging issue can be solved for all the vehicles that are routinely parked on the street.

Before the conversion actually takes off in a big way, that’s a topic the EV promoters should consider and address. (hh) 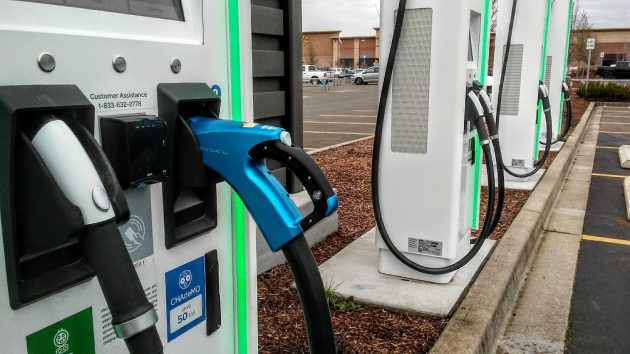 
37 responses to “Our EV future and parking on the street”