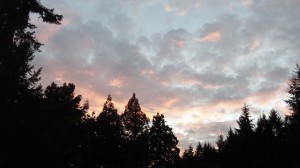 The Oregon air has components that tempt tax-hungry politicians.

It didn’t get much attention at the time, but the 2013 Oregon legislature took a step toward taxing air — well, not air exactly, just a component of natural air. You guessed it: carbon dioxide and other so-called greenhouse gases.

Democrats in the House and Senate, over the fruitless objections of Republicans, passed Senate Bill 306, and the governor signed it. The bill authorizes the spending of $200,000 on preparing a report on the feasibility of imposing a “clean air fee or tax statewide as a new revenue option that would augment or replace portions of existing revenues.” It’s no big stretch to assume that the backers of this bill expect the report to lay the groundwork for imposing such a tax.

According to a report in Willamette Week, the Portland mayor is thinking of the same kind of tax there, a tax on so-called “carbon pollution.” But calling CO2 pollution is a political scam. It’s not science. Every time we exhale, CO2 comes out. Plants take up CO2 from the air in order to thrive.

Now Democrats want to tax it, claiming that doing so would slow global warming. They ignore data that show temperatures in the Northwest generally trending down in recent years. But government wants more revenue, so any excuse will do if people are dumb enough to go along. (hh)

From Jim Clausen, via Facebook: Salem already taxes the rain. If your property stops rain from permeating the soil (think large concrete area or footprint of house) then Salem taxes you for the lack of permeation and the resulting “extra” water going through the city sewer system.

From Warren Beeson:  We’ve joked for years that politicians would tax us for breathing if they could. Of course we didn’t think they would ever be brazen enough to try such a ridiculous scheme. We didn’t realize the extent of the stranglehold the Left (Democrats) would acquire over politics in this state. Thank God I’m old enough I won’t have to pay many years for exhaling.