On rail, CA is way ahead of us – Hasso Hering

On rail, CA is way ahead of us 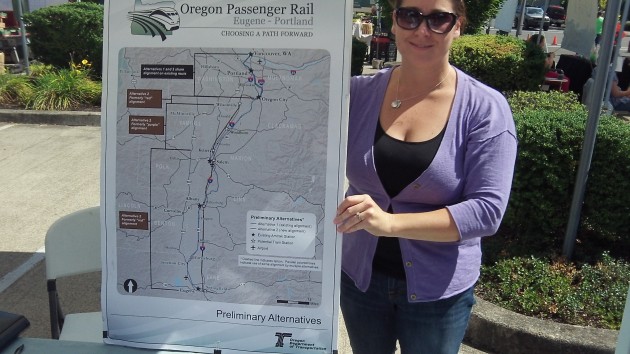 Say what you want about California and its many problems, but in contrast to Oregon our southern neighbor is moving with breathtaking speed on the subject of high-speed rail.

I had not thought much about the Oregon project since a steering committee of Willamette Valley leaders recommended two potential routes for further study in December 2013. But then on Saturday, it sprang to mind again when I spotted a stand set up at the Albany Farmers Market.

Amber Williamson was there for Oregon Passenger Rail, ready to hand out information about the $10 million study to increase passenger train speeds and usage between Eugene and Portland. The hope is to publish in two or three years an environmental impact statement on a preferred route alternative. Then the state hopes to get federal grants to actually build whatever needs to be built to accommodate more and faster trains. Not much faster, not really high-speed, but enough faster that you could get to Portland in less time than driving on I-5. 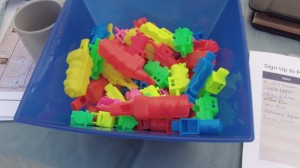 I wondered if people were interested. Yes, apparently so, Williamson said as she was taking down her display at mid-day. More than 50 people had visited with her at her stand. Her bowl of plastic toy whistles still had a pretty good supply, though.

Meanwhile, down south, things are happening fast and furious in the scheme to build a 500-mile rail link allowing bullet trains to run between San Francisco and the Los Angeles area at 200 mph, making the trip in less than three hours.( Eventually the system could be extended to Sacramento and San Diego and total 800 miles.)

A panel of the California Court of Appeal has just cleared the way for a state bond sale of more than $8 billion to finance early parts of the $68 billion project. The court ruled against Kings County farmers and residents who contended the scheme should not go ahead until all the financing was arranged.

Also the California High-Speed Rail Authority this month got federal approval to construct a 114-mile segment between Fresno and Bakersfield, and it hired a firm to oversee construction of a 60-mile stretch from Fresno south to the Tulare/Kern county line. The state had already started construction of a 29-mile segment north of Fresno. In Fresno itself, the agency housing parole officers has had to find new quarters because its buildings are in the way of the line.

None of this comes without opposition, conflict and strife. The Rail Authority is having a closed meeting on Monday in Sacramento to discuss litigation, and the agenda lists 15 separate lawsuits or other actions. (Oregon legislators take note: California evidently requires goverment bodies to name cases if they want to exclude the public to discuss litigation. For transparency, that’s a good idea which Oregon should adopt.)

Whether high-speed trains — or slightly faster trains in Oregon — will ever start running is still an open question. But California at least has a firm goal. It is shooting for the LA-SF route to be finished in 2029. Oregon has no target date in mind. (hh)

3 responses to “On rail, CA is way ahead of us”